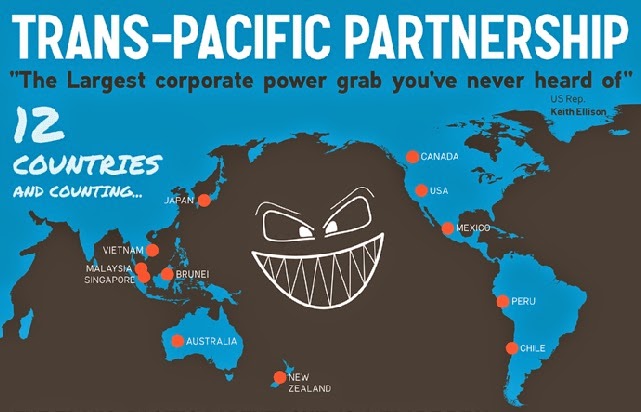 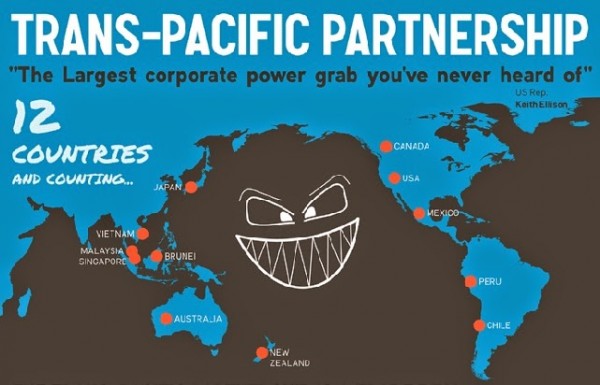 When the GCSB debate was in full flight I warned that a seemingly innocuous e-commerce chapter in the Trans-Pacific Partnership Agreement (TPPA) could become a stalking horse for the NSA to get its hands on our personal data, as well as sweeping away privacy protections and controls on internet commerce.

The leak of a US proposal for the Trade in Services Agreement (TISA) this week confirms the US game plan. (Reminder: TISA is one of the three mega-agreements being negotiated in secret to set new rules for global governance in the guise of ‘trade’.)

The US wants New Zealand and other countries to guarantee that firms which hold personal information and Internet moguls like Google can move data in and out of the country, and process and store it anywhere in the world.

Our information would become concentrated in countries that have weak privacy and consumer protection laws, and strong intrusions on personal data in the name of national security.

The public rationale is commercial, driven by the US on behalf of the global tech industry. In November 2014 the European lobby DigitalEurope, which includes Google and Intel, urged the new European Union Trade Commissioner to use TISA and negotiations for the US-EU agreement TTIP to ‘knock down protectionist rules’, including restrictions on moving data across borders and rules requiring domestic data centers or data hosting.

The privacy concerns are obvious. But the US isn’t just silent on privacy. It strips down the (already weak) general exception in these kinds of treaties to the point of being meaningless – and then says it doesn’t apply to the movement of data. There is nothing to suggest any other privacy protection in the rest of the TISA.

Privacy is not the only concern. The Snowden disclosures show how digitised data makes spying so easy, especially for the US with its web of formal and covert allies. Mega-firms like Google and Facebook have been distressingly cooperative.

The US proposal would mean that data could be consolidated within the US or any other sycophant. In other words, it would lock in the ability of the US to spy on New Zealanders and people in many other countries.

Imagine the electronic collection, processing, storage of the kind of data held by Novopay, ACC records, credit information, KiwiSaver accounts, WINZ and police records, and private prison data is contracted to an offshore firm. Your information could end up being held anywhere in the world and the government would have virtually no way to prevent that. The only saving grace is that the firms are not explicitly allowed to on-sell the information.

To top it off, the only exception the US suggests would allow a government to ‘take any action which it deems necessary for the protection of its own essential security interests’. Great! The US and its allies can override the free movement of data and require it to be stored locally for their own national security reasons – which means the only basis on which a New Zealand government could protect our data from such abuse would be in the name of our ‘essential security interests’. Given the current geopolitics and the New Zealand government’s gutless sycophancy, hell would freeze over first.

A second rule would stop the government from requiring a company that provides a service from outside the country to have a legal presence or person based inside New Zealand. There are many reasons why the government may want to insist on a local presence.

Spending and profits go out of the country, when we really need reinvestment in local business. We are already bleeding tax revenue from the way the Internet firms and e-retailers manipulate their accounts and are exempt from GST. Local businesses increasingly can’t compete, which means job losses and the erosion of face-to-face contact between customers and firms in local communities.

The more we rely on anonymous offshore providers, the less control we have over quality standards, consumer protection, and the ability to take effective legal action.

Successive governments haven’t moved to confront these realities. The US proposal would have shut the door by the time they do so.

The US making the same proposals in all three of the mega deals – the TPPA, TISA and TTIP – what one US champion describes as ‘alternative “play-by-the-rules” clubs of like-minded countries’.

In September 2014 US negotiator Christine Bliss said they had made similar ‘e-commerce’ demands in the TPPA. Both New Zealand and Australia have objected to the potential impact on privacy. Secrecy of the TPPA text makes it impossible to know who won. But it is obvious that New Zealand risks being caught through one agreement or another, unless we stop them.

You can see the leaked TISA text and an analysis by Burcu Kilic from Public Citizen and myself here.