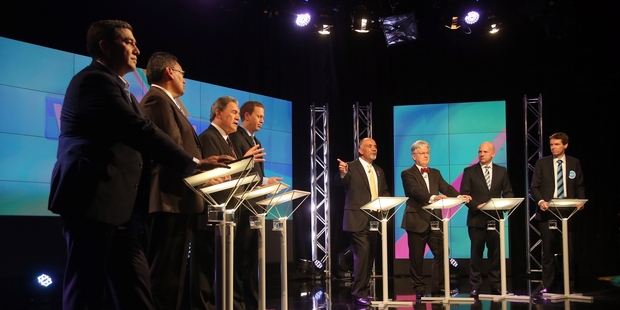 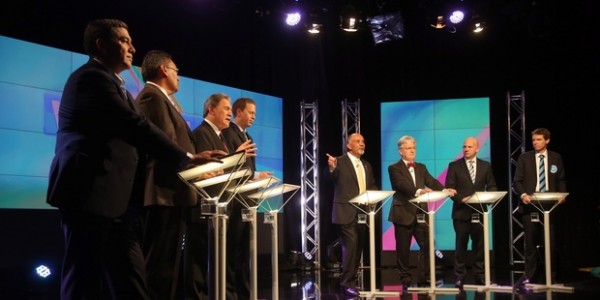 The minor Leaders debate last night gave an insight into what the Nationa/ACT/Conservative Party coalition would look like, and it was pretty grim.

According to Fairfax Hone Harawira is missing, so his appearance must have had the intellectually dead news rooms of Fairfax in a right spin.

A vacant millionaire leading  a corrupt Government mired in sleaze and dirty politics joining with a free market nut job who thinks incest should be legalised propped up by a religious freak show with a leader who doesn’t believe in moon landings and a candidate who is telling Church audiences that underage prostitution and suicide have gone up because parents can’t legally beat their children any longer.

The entire scenario should focus people who have the barest education to vote – and vote they are – already almost 3 times the  numbers of early voters have voted compared to this time last election. The Unions and Internet MANA are focused on early voting campaigns and it is clearly working.

Sadly a vote for NZ First is still a vote for National. Despite all the policy and good wishes, Winston will cut a deal with National if he has the numbers.

The thought of National-ACT-Conservative Party Government is enough to make immigration to Australia look preferable.