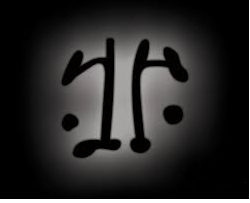 The hactivist known as Whaledump/Rawshark has ceased operating. His/her final tweets on Twitter were a mix of “Goodbye Pork Pie“-style anti-establishment irreverance and solemn warnings…

A none-too-subtle, but cheeky warning to certain ‘ratfuckers’ out there,

A touch of the dramatic – appropriate for the political drama we’ve been engrossed with over the last few weeks,

And for a sheer Hollywood style grand-finale, this would be difficulty to trump – cue Mission: Impossible theme,

If there is one salient lesson we have to take from Rawshark’s endeavours – it is not the vindictive and vicious political manouverings on the Right; it is not the mis-use of ministerial power by certain amoral individuals; and nor is it the abuse of information to denigrate and destroy individuals for whom their only “crime” is to stand in the way of this government.

The most eye-opening realisation is where we have arrived as a society where individuals fear the power of the State to such a degree that they feel they have no other course of action except to become a vigilante operating under strict anonymity. There is a palpable fear arising from beneath the mask of  humour from Rawshark’s tweets.

John Key refers to Rawshark as a “criminal“,

“At the end of the day, I don’t know whom this criminal has been hacking…

…The responsibility is on the criminal to demonstrate that they are actually real or not.”

Which is interesting. Rawshark has not been charged with any offense, much less convicted of  any crime relating to these events. But yet Key has zero hesitation in taking on the role of Judge and Jury. As if his job of Prime Minister doesn’t fill his day sufficiently to keep him busy?

So what do we have in New Zealand, circa 21st Century, post-Roger Douglas?

Thirty years ago, if this had come out into the open, the PM would have resigned; the government collapsed; and a snap election called. At least one minister would be undergoing a police investigation, and others would be disgraced and never work in the political field again.

And if the polls are to be believed, the moral compass of a sizeable chunk of the population has gone so awry that they see nothing wrong with dirty politics on such a scale as never before seen in this country.

Political corruption, if left unchecked – and if rewarded at the ballot box – eventually flows out and infects the rest of society; the state sector; private commerce; law and justice; everywhere. Corruption eventually infiltrates like an infection into every part of our relationships.

The only sure way to stop corruption as we have recently uncovered is to cauterise it and destroy it.

If we don’t, the legacy we leave our children will be far, far worse than polluted rivers and lakes and growing child poverty.

We will finally have joined the rest of the human race. The bad parts of it.

We have had our warning. Our future now depends on what we do with it. 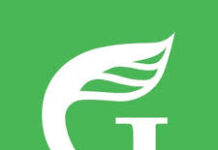