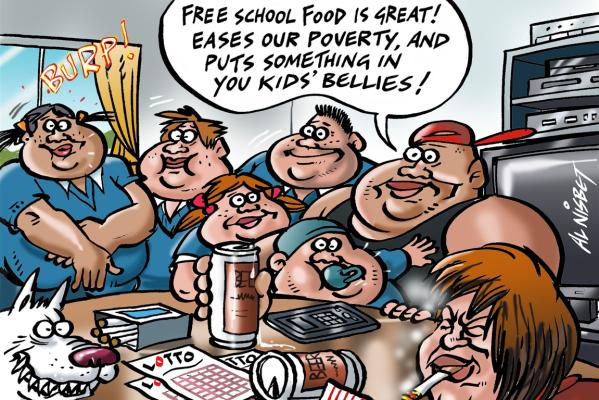 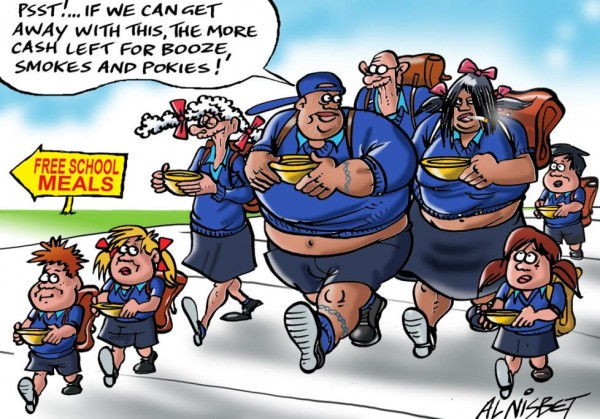 Congratulations to Fairfax media for their detailed coverage of the current Human Rights Commission case being asserted by Louisa Wall that Al Nisbet’s cartoons were racist and deserved censure. Pity Fairfax published the cartoons in the first place however.

The Human Rights Commission is not in an enviable position. On one hand they are tasked with combating structural discrimination while balancing the rights of free speech.

Section 61 of the Human Rights Act says it is unlawful to publish matter that is “threatening, abusive, or insulting” if the words are “likely to excite hostility against or bring into contempt any group of persons…on the ground of the colour, race, or ethnic or national origins of that group of persons”.

…Fairfax lawyers argue that the section should only come into force when the material is effectively Nazi pamphlets demanding a hostile pogrom. Louisa counters that threshold is so ridiculously high as totally unattainable.

Protection isn’t really protection if it can never be triggered.

However free speech is also a right to shock, offend, and disturb any sector of the community.

So what is the Human Rights Commission to do? I think the HRC should look at the nature of satire for a solution.

For me, satire is satire and can use the freedom of speech defence when its target is the powerful.

Satire requires as its point of attack those who already have privilege. It’s a clever play on the power dynamic of those who have all the power.

Freedom of expression allows sharp political comment that speaks truth to power. That deserves  protection because that’s an important dynamic within a healthy Democracy. ‘Humour’ that however attacks those in society with little power isn’t satire, it’s just mindless bullying and cheap stereotype juvenile scribblings.

We don’t want a State stepping in to Police the private thoughts and arguments of bigots, no such State with that level of coercion over the individual deserves to stand, but the mainstream media are our public squares and set the tone for important public debates and the Human Rights Commission has a responsibility to step into that arena and point out where the parameters of the debate should be.

Those parameters are incredibly broad, the right to shock, offend, and disturb any sector of the community, but tempered by the understanding of hegemonic power structures within our Society.

Letting Fairfax Media know they crossed the line is the point of the Human Rights Commission.