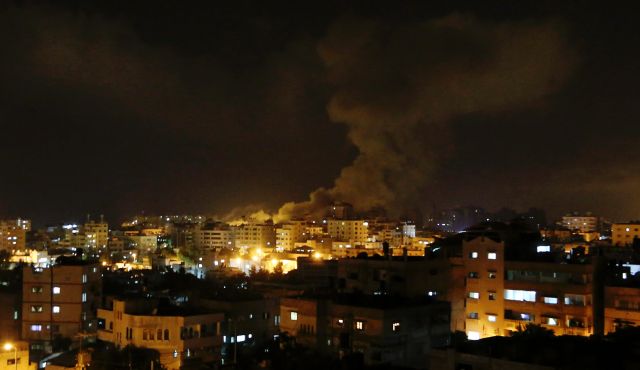 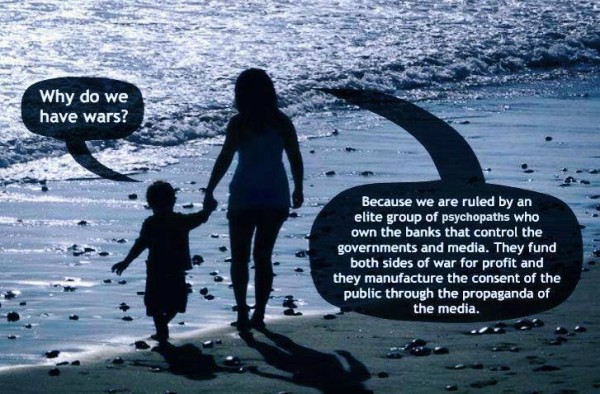 I don’t know if I follow trouble or if trouble follows me, but somehow I seem to have found myself near one of the world’s hotspots again. The difference this time is that instead of sitting in some obscure location, I am close to the centre of the world’s attention – in Jerusalem. Tensions have been rising and violent clashes ongoing in the Holy City and the West Bank since the kidnapping and murder of three Israeli youths in early July. Being woken by the sound of police sirens, helicopters, Palestinian fire crackers and Israeli gunshots has become as common for me as the sound of early morning mosques and households arising to noisily prepare their pre-sunrise Ramadan meal.

Any worries I may have had about the situation on the streets of my neighbourhood turned fairly trivial the first time I heard the air raid sirens and the deep thud of exploding rockets in the background. The greatest impact on my personal well-being, however, has been the growing knot I’ve been carrying around in my stomach since the beginning of the Operation Protective Edge, the murderous military operation being carried out less than 100km away from me.

Despite some shocking exceptions, I’ve generally felt that the mainstream media has been more balanced in its reporting of the Israel/Palestine conflict than ever before. No-one is under any illusions about the lop-sided nature of this latest war. The numbers alone (to date, 600 Palestinians killed inside Gaza compared with two Israelis killed in Israel) are starting to awaken the consciousnesses of those who have never previously engaged with the issue. Gruesome stories and pictures of murdered children are even causing shock amongst those who would have broadly described themselves as pro-Israel.

But, although sympathy of Palestinians and criticism of Israel’s excessive use of force is clearly more visible in the current media coverage, the underlying narrative that Palestine is the aggressor and Israel is acting in self-defence has largely not changed. It’s with this concern in mind, that I have a few thoughts to share:

What is the Palestinian perspective? To crudely over-simplify the situation, the Palestinian people continue to suffer under the twin injustices of “al Nakba” and “occupation”. Al Nakba (Arabic for “the catastrophe”) refers to the fleeing or expulsion in 1947-48 of over 700,000 Palestinians from their homes in what is now Israel. They and their descendants remain where they fled (mainly in Lebanon, Jordan, Gaza or the West Bank) unable to return to their homes, even for a visit. I have spoken to many displaced Palestinians and their profound sense of loss is something I find difficult to understand. It helps me, though, to ponder that as a Pakeha New Zealander my geographical roots only go back a few generations, whereas many Palestinians fled villages that had been home for well over a millennium.

The military occupation dates mainly from 1967 with the invasion of Gaza and the West Bank by Israeli forces and continues to this day. It is true that the handbrake of occupation has been partially released at certain times and in certain places, in accordance with the Oslo Accords and other agreements. But, more than counter-acting that progress, the occupation has intensified through the advancement of Israeli settlements into the West Bank and a host of other measures denying economic, social, civil and political rights to Palestinians. The level of control was dramatically further tightened by the creation of the notorious security fence, which not only severely restricts movement of West Bankers into Israel (creating crippling economic effects), but has created the seizure of yet more Palestinian land. One of my most moving experiences in Palestine to date was to stand on a hill overlooking a beautiful ancient olive grove, which the family of my elderly guide had tended for generations, but which was now totally inaccessible due to triple barrier of razor wire, electrified fence and deep trench (not to mention the video cameras and guard towers) that separated him from not only his livelihood but from his ancestral tradition. Gaza, meanwhile, is rightly described as a gigantic prison where all land borders are closed and a naval blockade not only prevents any kind of trade with the outside world, but has completely shut down Gaza’s fishing industry.

I do not advocate indiscriminate violence under any circumstances. But, when seen from this context, Palestinian aggression is much easier to sympathize with. Indeed, when you consider the full facts, including their legal right to resist a foreign occupation, the Palestinian response starts to look far less like terrorism and far more like a fairly restrained form of resistance.

So, are Hamas the good guys then? In a word, no. The rise of Hamas is easy to understand and even to sympathise with when you consider not only the occupation but also the exasperation of Palestinians with the corruption of the Palestinian Authority and the compromise-bordering-on-betrayal that was the Oslo Accords. Portrayed in the Western media as an Islamist terrorist organization, to the average Palestinian, Hamas is simply a less corrupt, better organized and stronger form of leadership.

The Western and Israeli perspective on Hamas is not, however, without justification. They push a form of fundamentalist Islam that should alarm Western liberals. Palestinians I have spoken to, many of whom sympathise with Hamas, bemoan the discrimination against women that has steadily crept in over the past ten years. Palestinian Christians – a decreasing minority – feel similarly marginalised. They also promote a violent response to the occupation that is both immoral and counter-productive. The fact that they possess far inferior firepower to the Israeli Defense Force may make them practically less terrifying, but it does not make them morally superior. More disturbingly, Hamas are prepared to play a very dangerous game with the Gazan population are at least partly to blame for the current escalation and the hundreds of lives it has cost. The fact that the Gazan population continues to support them should be seen less as an endorsement of Hamas and more as evidence of the desperation of Gazans; many of whom are saying they would rather die fighting their oppressor than to continue living as an occupied people.

As an aside, it’s worth noting that Palestinians have not only been let down by their own leadership, but also by the rest of the Arab world. For many Arab leaders and non-Arab Islamists alike, Israel’s occupation of Palestine is their number one grievance with the world and forms the cornerstone of anti-Western jihadist ideology. Yet, in practice, the rest of the Muslim world does very little – and even less constructively – to assist with the situation. It was with some pride that I told Palestinian friends in Jerusalem about the anti-war protests that took place in Auckland and other parts of the world at the weekend. “We are grateful”, came the common reply, “but we are deeply hurt that such protests were not permitted anywhere in the Arab world. Our supporters are far away. We feel alone.”

Does the Jewish perspective matter? If I had a magic wand, it would be tempting to turn the tables on Israel, throw out the current narrative and replace it with a one based on Palestinian grievances. Such a scenario, though, would inevitably only lead to a swapping of name tags between the oppressor and the oppressed. Furthermore, although the Israeli perspective clearly gets more prominent coverage, I do not believe it has been portrayed in a way that does justice to ordinary Israelis. So, yes, the Jewish perspective does matter a lot.

Israelis are afraid. Their nation was born out of the grief of the most horrific persecution in all of human history. Against such a backdrop, it is hardly surprising that the young nation of Israel wanted to arm itself to the teeth and deal violently with any perceived threat. Since the forming of their nation Israelis have lived through several wars and have been subject to regular violence in forms ranging from violent demonstrations to suicide bombers. Their region remains full of governments and fundamentalist groups who openly state their commitment to the destruction of their nation.

Their fear has been exacerbated by increasing disconnection from Palestinians. Particularly since the Second Intifada and the establishment of the security wall, Palestinians and Israelis have had increasingly little contact with each other. Most Israelis don’t know any Palestinians. Most Israelis are taught versions of history that make little mention of al Nakba. Even in Jerusalem, which has a Palestinian-majority population, many Israelis learn most about Palestinians from what they see on television.

At the present moment, Israelis have rocket attacks to fear as well. The first time I heard the air raid sirens was one of the most frightening moments of my life and, although, you get used to them and start to realize that the statistical chances of you being hit by one are miniscule, they remain unnerving to say the least.

Yes, much of the violence Israel suffers is of its own making. For sure, the Israeli government looks to exploit the nation’s fear at almost any opportunity. And, without any doubt, the situation in Gaza is a hundred times more frightening than in the most rocket-targeted parts of Israel. But, no-one should have to live under that kind of fear.

On top of this, now that the ground offensive in Gaza has begun, the Israeli casualties are starting to mount up (29 is the Israeli military death count as I write). The truth is that these deaths will only serve to harden Israel’s determination. But, given the strategic pointlessness of this war, such deaths can only be considered an assault on Israeli citizens by their own government. What a tragic waste. My heart goes out unequivocally to the families of the dead soldiers.

None of this justifies Israeli’s current actions against Gaza or their historical treatment of Palestinians. I believe that resolution of the Palestinian situation can only begin with the historical injustices of Palestinians being addressed. Without doubt, though, for true peace to be built there needs also to be reconciliation for what Palestinians have done to Israel.

As I write, the war in Gaza appears only to be deepening. International calls for a ceasefire are, however, growing stronger and stronger. I sincerely hope they are heeded and that the senseless loss of life will end as quickly as possible. Even a total ceasefire, though, can at best offer only a short term solution. After Gaza Wars in 2008/09, 2012 and now 2014, who really believes that there will not be another one in 2016? Is there anything useful the international community can do? Can anyone articulate a narrative that acknowledges Palestinian grievances, understands Jewish fear and historical pain and, above all, seeks to work towards a complete and just peace? This must happen otherwise this tragic chapter in history will only keep repeating itself.