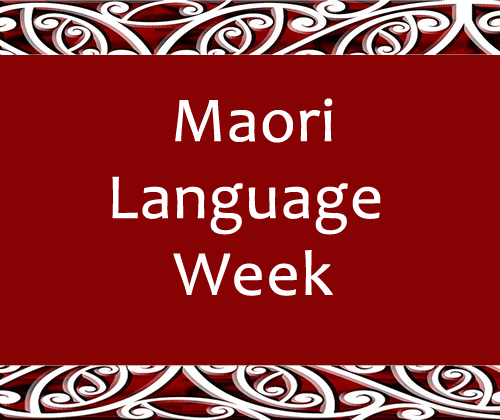 Maori Language Week has become an entrenched feature of New Zealand.  New Zealanders have come to accept that for one week a year the normal institutions of the white settler society will make some attempt to engage their stakeholders using the Polynesian language indigenous to this country.  This effort – a campaign run by the Maori Language Commission for over 20 years – has been adopted freely by both state and private bodies in ad hoc fashion using their own initiative.  Only a minority who are the very red of neck within the white settler community, oppose this.
The practice of English-based and European-run organisations relinquishing anything or adding anything – even a single word – in exchange for anything Maori was largely unthinkable before the campaign.  Back then it was New Zealand state ideology that Maori were supposed to assimilate into the lower orders of Pakeha society and only be wheeled out for entertainment purposes or to provide cultural legitimacy and a cloak of national identity with which to face international visitors.  NZ was racist back then, but it was racism lite – the Rhodesia to Australia’s harsher South Africa – so the everyday racism and the mono-cultural and mono-lingual basis of society was never seriously challenged.
NZ never underwent what South Africa (which has many official languages) had to confront because NZ has never been called on its racism, and NZ has never been decolonised.  Instead of decolonisation we have a regime prone to using tokenism as a means to preserve themselves and defer Aotearoa independence.
After more than two decades of the campaign it is now largely unimaginable that an organisation – at least larger organisations – would not be involved somehow in Te Reo during this week.  The Maori people have never had an enemy so vicious as the NZ Herald and yet the Albert St Granny changed their masthead to ‘Te Herora o Aotearoa’ for the duration.  Something.  Not much, but something (at least they got the name right this time).  Like giving to a charity, putting a ribbon on, that sort of thing.  They have ticked the box.
And then they, like their peer group, will move on as the other NZ entities move on.  Surviving another year without introducing Te Reo, another year keeping it out of the schools, another year they don’t have to change.  They talked a bit about it, but they never did anything. They did their week, they did their token effort, they half-learnt one or two Maori words, and now that 2% of the year is over it will be back to the other 98% as if nothing happened.
How curious it must be to the outsider.  You don’t go to Canada and find English or French language week do you? – they are both 24/7×365.  The outsider would ask the simple question: why does this official language have a one week campaign every year?  The answer is because this language is not compulsory at school or mandatory for employment – if it were either of these things it would be spoken routinely by everyone in the same way that English is.  So the outsider would ask then why this original, official, indigenous language is not being put on the same basis and standing as the introduced, official, English language?  The short answer to that is: racism – the white people don’t want to learn or understand the Maori people.
The great fear behind it all is that the whites may start knowing and respecting Maori people and their customs and even ‘go native’ – at the point these Pakeha sympathisers (rebuked as fifth columnist, politically correct sickly white liberals etc.) form the majority of the population then the New Zealand project becomes untenable and Aotearoa becomes inevitable.
For the majority of people to understand Maori would be revolutionary.  Without a stream of hostile, ignorant young Pakeha to replace their stridently phobic elders, the state ideology of Maori suppression is doomed.  Such a situation would threaten and destabilise the established Pakeha political, economic and social system.  The reason why Maori isn’t taught in schools has nothing to do with the numbers of available teachers and everything to do with the number of available racists.  You run out of racists you ain’t gonna have enough arseholes to support New Zealand and its oppression anymore, and it will become Aotearoa.
The reason the Maori Language Commission campaign has been so successful is precisely because it exists in an atmosphere of Anglo-centrism and prejudice against Maori.  The official governmental response is so woeful that people feel motivated to do something themselves, but it is a token campaign for a people brought up on tokenism.  It is widely supported but spread very thin.  It is the minimal amount conceivable.  It is the campaign we have in lieu of the policy we need.