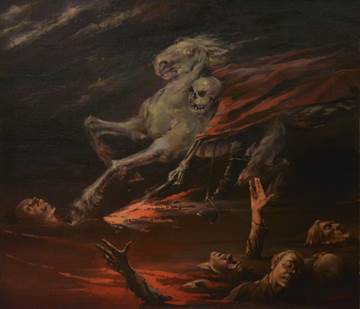 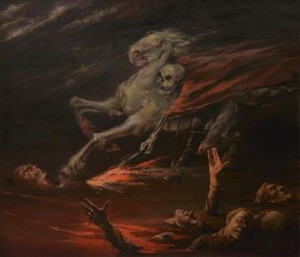 THE DOORS TO THE LIFT closed behind the Special Commissioner for State Security with a barely audible sigh. Before him lay the spacious reception area of the Minister of the Interior. A young man, dressed in the muted grey uniform of the Senior Public Service, glanced up at him briefly and then returned his gaze to his computer screen.

“Good evening Comrade Commissioner, the Comrade Minister is expecting you – please go in.”

The Special Commissioner nodded curtly at the Receptionist and pushed open the heavy Rimu doors.

“Bruce! Good of you to come at such short notice. Sit down, sit down. Can I get you something? Tea, Coffee, something a little stronger?”

“Call me Harry, Bruce. After all these years, I think the Party will forgive us dropping the revolutionary formalities.”

The Minister pushed a button and summoned up a bottle of sparkling water and a generous measure of McCallan’s.

“And he’s safely interred with the rest of his party?”

“Suffice to say, Harry, that there is a little plot of the Central Plateau that will be forever John Key.”

“It is. But I must say, Harry, I was somewhat surprised that the Central Committee decided against putting him on trial. There are still plenty of Aotearoans who remember him.”

“Precisely, Bruce, precisely! That’s why we thought better of it. He was, after all, an extraordinarily popular Prime Minister – served more terms than Keith Holyoake! Taking everything into account, the Central Committee thought it best not to remind people – let alone permit him to demonstrate – why that was. So, snatch him from Hawaii, bring him home, shut him down. That was the plan, and Bruce, you carried it out to perfection.”

“The Americans won’t be happy.”

“The Americans still don’t know what happened, Bruce. Oh sure, theysuspect – but they don’t know. It could just as easily have been the neo-Maoists in Beijing – they have even longer memories than we do!”

‘So, what did he have to say during his interrogation?”

“Not a lot. Confirmed a lot of what we knew already. There was nothing of any real significance. We got the impression he went through his time as Prime Minister trying very hard not to know what was going on.”

“Well, he did say that he wished the SIS and the GCSB had briefed him more accurately on who was – and who was not – a part of the ‘Hard Left’. Apparently his National Security team had no idea that people like us, or our party, even existed. You’ll find this difficult to believe, Harry, but he actually asked me what happened to people like David Cunliffe, Russel Norman, Metiria Turei, Hone Harawira, Annette Sykes, Laila Harre and John Minto!”

“Oh, Bruce, the naiveté of the man! Did he really have no idea that they were the very first people to be shot?”

“What did you tell him?”

“Well, since he was so fond of American presidents, I quoted JFK.”

“I said, John, you’re right, it is a pity that your security advisers didn’t tell you that those who make peaceful revolution impossible make violent revolution inevitable. He gave me a sad smile, and then we loaded him onto the truck.”