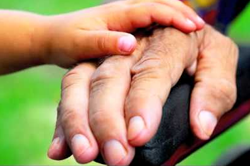 On Sunday the Labour Party released its immigration policy but it’s hard to know why Labour’s Immigration spokesperson Trevor Mallard bothered to get out of bed to make the announcement.

The Herald kindly titled it “Labour looks at reuniting Pacific families” but there was nothing of substance in the release. Instead Labour is pledging to form a ministerial group to review Pacific Island immigration issues, review Pacific quotas and improve family reunification.

It’s a policy which says “look busy – the election is coming” but fails to deliver anything meaningful.

Labour wants Pacific Island voters to think it has their best interests at heart so party votes will keep flowing to Labour from Pacific communities.

The Mana Movement candidate for Mangere, James Papali’i says Labour’s plans are too timid. He says that after waiting patiently on the sidelines for so long Pasifika people want to see some bold immigration policies. He says Labour plans are too little, too late and it’s easy to see why.

Mana policy is to treat Pacific people the same as we treat Australians when it comes to immigration. Australians can hop on a plane, fly over, get a job here and stay as long as they like. Pacific people should be able to do the same.

It’s not an issue about skills because no-one stands at the airport and asks Australians if they have skills we need.

The simple truth is that immigration policies under successive Labour and National governments have had a deeply racist underbelly as the infamous dawn raids under both parties testify. Not only that but Samoan communities remember only too well the betrayal they faced in 1982 when Labour joined with the National government to legislate against Samoan families after a court case ruled those born during the time New Zealand was the colonial power in Samoa could claim New Zealand citizenship.

Today Samoan and Tongan communities are still hit the hardest by racist immigration policies. Unlike people from the Cook Islands for example who are New Zealand citizens and can move freely in and out Samoans and Tongans are subject to tough entry restrictions and miserable quotas.

Pacific communities have contributed hugely to the building of New Zealand’s industrial base over the past 60 years or so. In James Papali’i’s words “My Dad and his two brothers came here in the mid-fifties and worked in factories all their lives. They built churches, raised families and Labour has taken their votes for granted for too long”. Indeed.

In the meantime MANA has refreshingly bold immigration policies and three great Pasifika candidates who will be calling on Pacific people to give their party vote to Internet MANA this election.