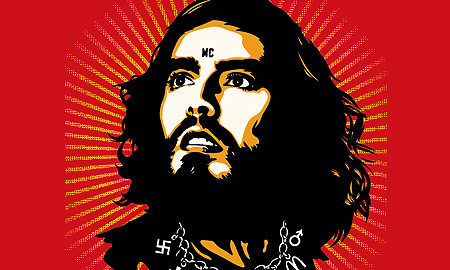 The righteous cynicism many voters feel is matched by an intellectual existential Russel Brand mantra that legitimises apathy. Those are difficult arguments to overcome when so many political examples jade us election after election.

That’s why I think the possibility of a Labour-Green-Internet MANA majority should thrill any genuine progressive throughout NZ and call on  their involvement.

What I think many  still fail to grasp about MMP is that it’s one of the most representative democratic systems in the world and that every vote counts, and in this election there is the real possibility that the most progressive Government this country has ever seen may be the result and with that kind of majority comes the real ability to implement policy that is socially just and environmental.

Cynicism shouldn’t cloud our judgement, it should sharpen it.

A Labour-Green-Internet MANA majority is a genuinely exciting prospect, and one that progressives would be foolish to ignore if they really want to see the back of John Key.

We don’t want to just replace a Government, we want to change it.

TDB will publish a Strategic Progressive Voter Guide that will advise electorate by electorate the candidates to vote for if you want a progressive majority.

With David Cunliffe as leader and Matt McCarten as Chief-of-Staff alongside Russell, Metiria, Hone & Laila, the political left have never had a leadership line up that inspirational before.