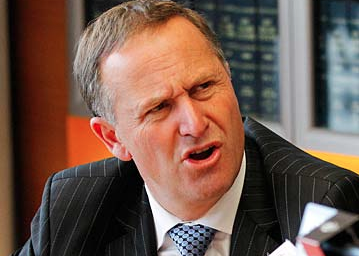 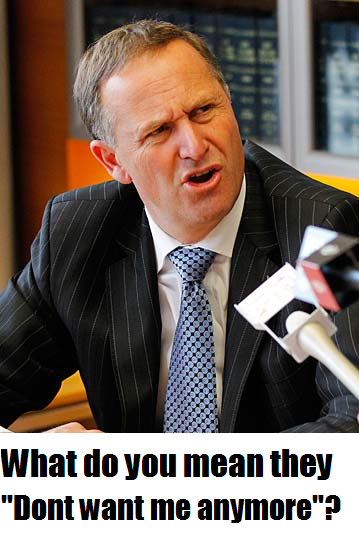 In looking back at this National Government it is hard to ignore the fact that the last six years have been marked by concerted efforts on the part of the National Party to build its own economic base.

In December last year we rated in the top ten of the least corrupt countries according to Transparency International, in its Global Corruption Barometer. At the time the lead researcher, Finn Heinrich stated “Corruption hurts the poor most”.

What a difference a year makes! During this year the extent of the practices of this Government have come to light in a way that raises serious questions about the level of corruption our Government has reached.

This National Government began its tenure as a Government with tax cuts for the wealthy few. It raised GST in order to help it meet the costs of tax cuts for its mates. And then we have had slash and burn policies – cuts to sexual health services, ACC counselling, budgeting services and benefits – leaving people in those services or recipients of social security struggling to make ends meet. And then in an election year we have funding announcements essentially reinstating funding to some of those services that have had to survive with no certainty of Government funding. It’s an ugly game and one that raises concerns about how many may have fallen between the cracks by seeking sexual health, counselling or budgeting advice at a time that the Government was saying “No”.

We have been witness to a Government that does business on terms that suit it – both in terms of helping their mates but also by compromising transparency and non-corrupt practices in exchange for money or favours. If you are Mediaworks then a $43 million loan is not out of the question if that’s what the Prime Minister wants. That is the same Prime Minister that suggests to Sky City that they could have more gambling machines if they pay for a Convention Centre. A deal is struck and it happens. It is interesting though that it no longer suits Sky City to have the Intercity bus stop there despite that being a condition of the casino in the first place. So now they want it to move. I’m sure another dinner with the Prime Minister will solve their problem.

So it is no surprise that the Prime Minister does not have too much difficulty defending his Minister of Justice when she does a bit of business for Oravida while in China. And she, too, was successful. Oravida is no longer locked out from exporting milk to China, unlike some of its competitors. Oravida’s gratitude is shown in its photo gallery and of course in its donations to the National Party. So Ministers doing business works. They do have influence and it can be brought to bear when necessary – but at the right price.

We saw the rather ironic Maori Party fundraiser exposed by Native Affairs. An audience with the Prime Minister in exchange for $5000.00. The chance for a word in his ear and the chance to do business. Perhaps that explains why the Hon Pita Sharples received three substantial donations in 2011 from 2 major property development companies and a major company.

And now we have Cabinet Clubs. Payment made for the chance to eat and chat with a Minister. And all donations to the National Party. Given the history of the deals done by the Prime Minister and emulated by some of his Ministers this would be the most effective way to lobby a Minister. And Hon Michael Woodhouse has confirmed that with his rethink of immigration laws comes after (interpreted) discussions with none other than Donghua Liu.

It is an accepted way of operating by this Government. Taking steps to help those who can afford to reward those steps. What chance is there for those who truly need help, who don’t have the $5000 for a plate or the ability to donate between $1500 and $15000 to attend an informal get together?

This is clearly payment for access and if the price is right a deal can be done. There is no transparency here and it will be intriguing to see how we fare on this year’s Global Corruption Barometer.