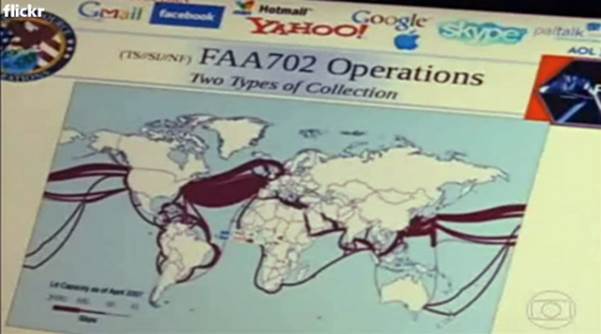 On Wednesday the head of the Government Communications and Security Bureau (GCSB) Ian Fletcher spoke at a Wellington seminar organised by the Privacy Commission and emphatically denied the GCSB carries out mass surveillance.

GCSB boss Ian Fletcher has offered everyday New Zealanders an assurance they were not being spied on or listened to by the GCSB but suggests a public discussion needs to take place on greater regulation of the internet.

Talking to reporters outside a Privacy Forum in Wellington today, Mr Fletcher said: “First of all it would be illegal if we were doing that and we don’t act outside the framework of the law, that’s a really important point to start with”.

Mr Fletcher also underlined the point he made in his speech the forum that “the internet is very big and the real interest that Governments have in looking at behaviour on the internet focuses on really bad stuff – people who are actually spying or organising terrorist activity or engaged in really serious organised crime and the scale of the internet is such that resources of Governments get focused on the stuff that really matters rather than behaviour might wish people didn’t know about but doesn’t really amount to the type of threat we’re talking about.”

He also offered an assurance that neither the GCSB or any foreign agency was engaged in the mass collection of metadata or information about New Zealanders’ communications which can be sifted for patterns that might point to areas of interest for authorities.

“We don’t do that stuff. It’s important to keep on saying that.”

In his presentation Fletcher set up a straw person to knock down but then ended up telling a massive porkie in any case. Like his predecessors who all emphatically denied they spied on New Zealanders (until the revelations in the Kim Dotcom case proved they illegally spied on at least 88 of us) Fletcher has joined a long line of pathological liars.

No-one has ever claimed that the GCSB reads all our emails and texts, listens in to all our phone conversations or records every click of the mouse as we surf the net. What I and others have claimed based on an abundance of evidence, courtesy of Edward Snowden and others, is that the GCSB helps hold open the door for the US National Security Agency to conduct mass surveillance of New Zealanders. This comes under the GCSB role of “co-operating with our foreign intelligence partners” and there is nothing in the GCSB legislation which makes this illegal. So when Fletcher says the GCSB doesn’t conduct mass surveillance of New Zealanders technically he is correct. But they help our “security partners” to do it to us.

The GCSB legislation is deliberately rubbery so it can stretch to cover any requirement from the US National Security Agency.

Fletcher’s big porkie yesterday was that no foreign agency is engaged in mass surveillance of New Zealanders. Untrue – the NSA is.

Under an umbrella programme called Fairview the NSA plan is to “own the internet”. This involves tapping internet cables such as the Southern Cross cable which links New Zealand with Los Angeles and which carries over 90% of New Zealanders’ internet traffic. This is surveillance of metadata and actual content for storage and retrospective trawling by the NSA to advance America’s military, diplomatic and commercial objectives.

Check out this screenshot from an NSA presentation courtesy Edward Snowden. 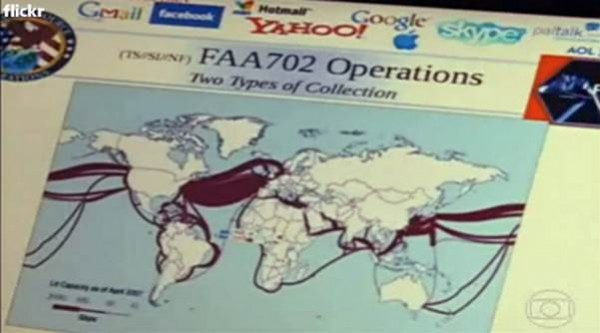 NOTE: The Southern Cross cable is the one in the bottom right which links New Zealand to the internet via Los Angeles. Note also that FAA702 in the slide refers to operations under section 702 of the FISA Amendment Act (FAA) of 2008. Section 702 is the one that authorises foreign surveillance programs by the NSA.

The other names in the heading of this blog relate to other NSA and GCHQ (the UK based Government Communications Headquarters) programmes which involve mass surveillance of New Zealanders and others across the globe. Squeaky dolphin for example relates to a GCHQ-developed programme for mass surveillance of social media – Youtube views, Facebook likes, blogsite visits and Twitter.

Ian Fletcher would have us believe he’s never heard of Fairview or Squeaky Dolphin or any of the other names heading this blog. He has. He knows. He’s lying.

Fletcher’s appearance was clearly orchestrated by the government to try to dampen concern about mass surveillance which they don’t want as an election issue. After his appearance Privacy Commissioner John Edwards was reported as saying he was pleased by the speech and said he hoped Fletcher’s comments might dispel what he called “conspiracies and misinformation”.

Why on earth do we bother with a Privacy Commissioner who is an apologist for mass surveillance of New Zealanders?

Fletcher’s appearance yesterday confirmed the GCSB has to be closed, New Zealand has to come out of the five eyes spy network and the Privacy Commissioner needs to engage his brain.