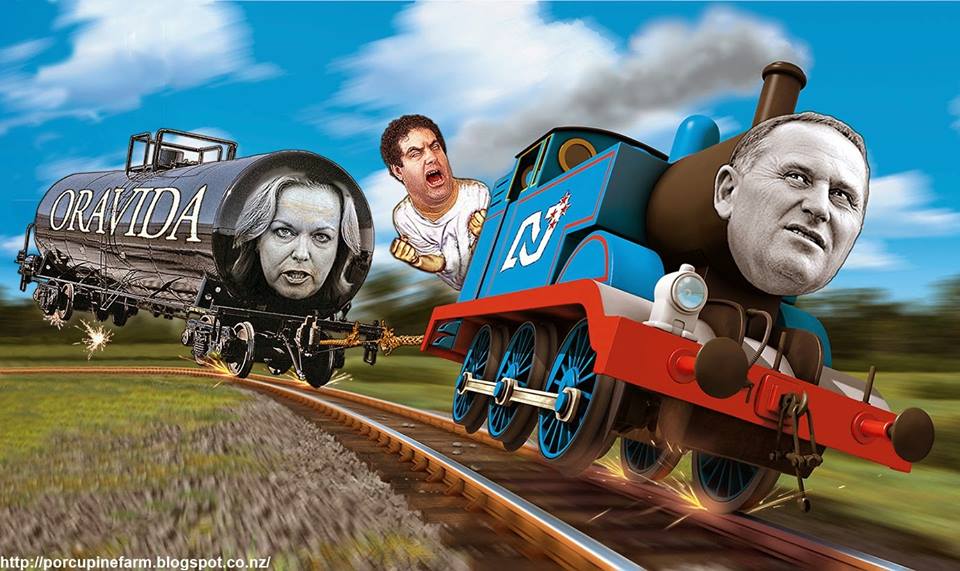 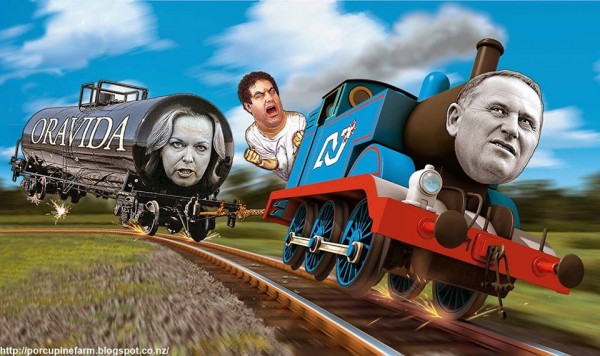 The mainstream NZ political punditry are still not understanding what is happening inside National. So intent are they are on reinforcing their ‘Labour is riven by factional infighting’ narrative they are completely ignoring what is erupting within the National Party.

Judith Collins bizarre attack on Katie Bradford is far more Machiavellian than is being acknowledged and it shows how weak and vulnerable Key will be to Collins all the way up to the election.

What many in the mainstream media political punditry have utterly missed is how Collins had all her next generation acolytes denied candidacies for National Party seats. In one case, head office reset the selection process to deny Judith her choice. That’s a vast sea change in power dynamics once the Oravida scandal became public.

Maurice Williamson’s dismissal for a corrupt call to heavy the cops for a donor however means Key can’t sack Collins. Losing one Minister before an election is a mistake, two becomes unforgivable.

Judith knows she will be demoted if Key wins, but she also knows she will be best placed to take the leadership off Key if National loses. Attacking Katie Bradford plays wonderfully with the hard reactionary rump of the National Party because of who Katie’s mother is, Judith is going to spend the next 4 months grandstanding and committing all sorts of Crusher-esque crimes against decency and taste.

Selwyn Manning has brilliantly named the factions within National on RadioLive as follows, the Whaleoil-Collins faction, the Matthew Hooton-Bridges faction and the Joyce-Kiwiblog faction.

You will note Slater has been writing constant smear attacks on Bridges and the Twitter war that exploded between Jordan Williams and Matthew Hooton last night has to be read to be believed.

National Party strategists don’t believe the hype of the flawed landline opinion polls the mainstream media breathlessly use, they understand how truly difficult a 3rd term win will be and that tension has triggered fault lines within National.