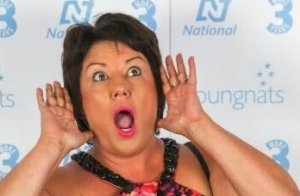 Paula Bennett is terrified of Sarah Wilson. Sarah is the blogger who has written in wincing detail the inhumane face of WINZ under Paula’s all stick/no carrot approach to sickness beneficiaries.

Wilson’s criticisms are not unique. Voices like Bryan Bruce and the Child Poverty Action Group have provided righteous and blistering attacks on the status quo of poverty, but examples of people impacted directly by these draconian welfare reforms do so at their own risk.

Natasha Fuller attempted to critique Paula Bennett’s desire to remove the same education programs Paula herself had benefited from and outrageously had her personal details released in public to embarrass and humiliate her. Rather than debate why she was being so hypercritical, Paula sought to eviscerate Natasha Fuller in public. It was shameful bullying at its worst. The Human Rights Commission condemned Bennett’s abuse of power as a gross breach of privacy. Bewilderingly, Bennett responded by promising to do the same again in the future. A position she had to later retreat from after an angry word from the Prime Minister’s office.

Then there was wheelchair bound beneficiary Sam Kuha who underwent a hunger strike as a response to his political protest at the kafkaesque madness of the new WINZ rules by attacking his local branch with a hammer. Sam had to pointlessly seek out budgeting advice even though his budget hadn’t changed and the issue wasn’t how he was spending his budget, the issue was the pitiful amount of welfare he was being paid. The only price Sam asked for to halt his hunger strike was a meeting with Paula Bennett to put to her the counter productive cruelty of her welfare policies. Paula turned up, but she didn’t listen.

Paula knew that years of beneficiary bashing made most NZers immune to a compassionate response to these hideous cases. They were ignored by the wider populace as exceptions and the attached stereotypes allowed the wider NZ audience to place it all the ‘other’ category. This was stuff that happened to ‘others’, not ‘them’.

Bennett understood the spite many in society felt towards beneficiaries and never failed to roll out harsh knee jerk policy announcements whenever the Government needed a media distraction, that’s why Sarah Wilson proved so troublesome for Bennett.

To date Paula knew the petty stereotypes would carry her dog whistle, Sarah Wilson however fell outside those stereotypes and puts a face to the reforms that is difficult to throw into the ‘other’ category. There are few reasonable NZers who can read her harrowing experiences and not become immediately furious at the needless damage caused.

Which all explains Paula Bennett’s contemptuous public shaming of Sarah Wilson last week in a statement where she offensively sings the praises of the staff who are being forced to implement such counter productive and septic policy.

To sing sweetly of the staff who put Sarah through such needlessly rough tactics is a Minister wanting to publicly humiliate Sarah, just as Paula has done with any beneficiary who challenges her.

Somehow we have allowed the word ‘welfare’ to be a sleazy negative rather than the holistic positive it really is. How have we managed to become so spiteful towards the weakest and must vulnerable amongst us? Are our supposed successes in a neoliberal consumer culture so hollow and empty that we must shit upon the less fortunate for an inch higher social leverage?

We are better than a social policy warped by petty bigotry into cruelty.  Natasha Fuller,  Sam Kuha and Sarah Wilson are civil rights heroes because they face the wrath of an unjust system when they have the courage to challenge it for its injustice.

Our most vulnerable deserve better than the hideous insincerity and intellectual bankruptcy of Paula Bennett.