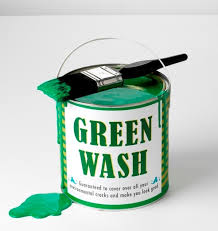 Why would a bank with “sustainability” written all over its image continue to fund New Zealand’s first new coal mine in years?

Fossil fuel companies are planning to dig up five times the amount of coal, oil and gas that we can afford to burn in order to keep global warming to the internationally agreed limit of 2 degrees C. At the same time, climate change is back in global headlines as increasingly catastrophic extreme weather events bear down on places from the from the UK to the Phillipines.

With the science clear and the seas rising, the financial institutions in which the public place their own money cannot expect to escape scrutiny of their fossil fuel financing any longer. For banks like Westpac, which makes big claims about doing business sustainably, this is especially true.

Bathurst Resources’ plans a series of coal mines on the unique and biodiversity rich Denniston Plateau that would add 218 million tonnes of carbon dioxide into the atmosphere. This week, the company has admitted it’s been hit hard by the price of coal and it may not even start mining, but still plans to destroy the plateau to get ready for when (and if) the price rises.

Despite its claims of being one of the world’s most sustainable companies, Westpac is providing Bathurst with a loan and making available other financing.

This is why 350 Aotearoa and Coal Action Network Aotearoa launched a campaign late last year demanding Westpac make good on its own sustainability promises and stop financing Bathurst Resources. It hasn’t listened, and soon it will begin to lose customers as a result.

During the week of April 7-12, at Westpac branches across New Zealand, existing Westpac customers will be coming together to close their accounts.

So what difference will it make really make to demand institutions and banks like Westpac divest from fossil fuels?

The climate movement has learnt the hard way that individual action is not enough, and governments have so far proven they have a systemic unwillingness to respond urgently as required by the science, or equitably, as demanded by basic ethics.

Partly in response to this, the global climate movement has, as one strategy among many, chosen to address the funders and financiers of an industry whose business plan is dependent on destroying the planet.

The global fossil fuel divestment movement is spreading fast around the world and it’s hit Aotearoa in earnest with five Anglican church dioceses voting to divest last year, and 350 Aotearoa’s and Coal Action Network Aotearoa’s campaign highlghting Westpac bank’s financing of Bathurst Resources, and their plans to dig up the Denniston Plateau for coal.

Large financial institutions such as the the Norwegian pension fund Storebrand and Dutch-owned Rabobank, have made fossil fuel divestment announcements. Bloomberg LP, one of the world’s biggest financial information providers, just released a ‘Carbon Risk Valuation Tool’ for investors to measure the vulnerability of their profits from fossil fuel investments in relation to climate policy and the CO2 emissions of listed fossil fuel reserves.

As a society we also must address an unsustainable economic model based on infinite growth. Divestment isn’t a catch-all solution. But it’s clear that in order to have a shot at a liveable planet, financing and investing in the fossil fuel industry must become a moral “no-no”; a relic of our past; a story we tell our kids to highlight mistakes we should not repeat.

The power of the divestment movement isn’t just around money. I’d argue that this is a lesser aspect of its strength. The power of divestment is in exposing the fossil fuel industry’s moral illegitimacy; changing the conversation; shifting our values.

When we demand Westpac dumps Bathurst Resources and we close our accounts in protest, we’re adding to that conversation, we’re removing the ‘social license’ of fossil fuel companies and chipping away at their source of power.

Westpac claims it puts sustainability at the heart of its culture and that its commitment covers not only internal operations but also the impacts of its products and services. It’s the contradiction between Westpac’s claims and the reality of its actions which is causing so many customers to, in the words of the bank’s own marketing line, “Start Asking Questions”.

Financial support of a major climate-changing new project is the definition of unsustainable.

Westpac points to its recent new investments in cleantech and renewable energy as its contribution to the environment and working towards solving climate change.

While this is necessary and welcome, the reality is that 80% of fossil fuel reserves which companies currently intend to dig up need to remain unburnt to have a shot at a liveable planet, which means no amount of new clean tech will avoid catastrophic climate change, unless Westpac and others stop financing new coal mines, and other plans for new fossil fuel expansion.

Westpac has so far tried to shrug off customers’ questions by misleadingly highlighting that their loan is for one of Bathurst’s existing mines, rather than directly for their new mining on the Denniston Plateau. In reality, Westpac will be well aware that its finance has and continues to allow Bathurst to generate the cash flows needed to pursue the planned new mines.

If Westpac wants to live up to its own commitments, it needs to stop financing an industry intent on ignoring science and destroying the planet. In the age of information and climate change, Westpac can’t have its cake and eat it too when it comes to promises on sustainability.

Make sure you send a letter to Westpac to demand they stop financing climate change here, and join the switch here!

Jessie Dennis is a 27 year old Wellington based organiser and activist. She has worked on various environmental and climate justice campaigns and currently works with 350 Aotearoa as campaigns coordinator and is involved in Oil Free Wellington organising against deep sea oil drilling.