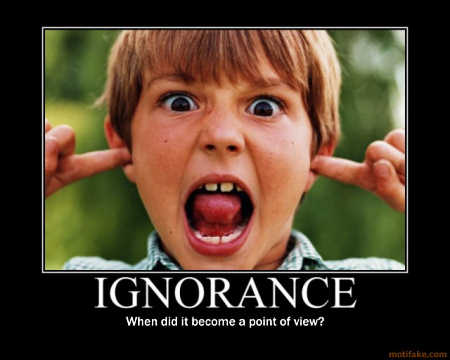 Do you remember that joke at primary school?  The one that goes: “what do you call a deer with no eyes?”.

Well, this government is fast becoming that punchline.

For, and in spite of the economic reality across the country, this government is coming up with nothing new – it has “no idea”!

Nobody can deny that following the sweeping economic neo-liberal reforms carried out by the secret love-birds of Roger and Ruth (well, not so secret), our domestic economy has fundamentally changed.  Although I am far too young and innocent to comment about this, it does seem to me that in light of the closed nature of our economy under the immutable Muldoon, change was inevitable especially with improvements in technology and the ultimate march towards globalisation.

However, the pace and extent of reform in New Zealand was extreme.  Our rural economy was gutted, with less job options for school leavers.  Meanwhile, a few people did extremely well out of privatisation and are now once again interested in pursuing another round of transferring public wealth into private hands.  Surprise!

Today, and after almost thirty years of following this orthodoxy, we have an economy where most of the profits are siphoned off overseas, investment is focused in property while not stimulating enterprise, and there is little or no manufacturing with most unskilled workers being forced into precarious work.

This government’s fundamentalist adherence to an outdated economic ideology relies on a market that is not truly free.  This religious adherence continues in spite of the evidence of the 2008 Global Financial Crisis.  Indeed, this “free market” only reflects a structural privileging of the wealthy leaving ordinary New Zealanders without a hope in trying to achieve some sense of upward economic mobility.

Our inequality reality – not a “fantasy” as I recently read in a daily publication some of you may have heard of – is leading us, if we are not there already, to a social crisis.  In face of such a reality, government needs to act.  Otherwise, the point of governing becomes meaningless.

So, what are they actually doing?

Well, maybe we should cut them some slack as their Coalition of the (un)willing is falling apart.  Banksy (not the artist) is in a spot of bother after it being clear that he solicited anonymous donations from Dotcom and Sky City.  But, apparently, this still means it is ok for him to vote on legislation concerning Sky City…

Meanwhile, we have Mr Dunne, the great supporter of wholesale spying on New Zealanders, although not so good at keeping his Party’s status current.  While I am, I suppose (no, I am), a proponent of proportional representation, I am disgusted that taxpayers have been paying the significant salary of Mr Peter Dunne.  His political impotence must come home to roost in 2014.

But, the prime strategy of the National party, apart from the laissez faire leave it to the inequitable market, is to refuse to acknowledge there are any issues to be dealt with in the first place.  The PM himself loves this approach – his dismissiveness to every issue makes you wonder if he ever gets concerned about anything?

We have seen this approach recently with Paula Bennett refusing the suggestion of the Children’s Commissioner to actually measure poverty and have an accurate picture of the situation we are facing.

I mean, why would the government want to know the reality?  If you don’t know, you can say it doesn’t exist or that someone else’s research methodology is flawed.  You then continue to deflect any real assessment of poverty causing factors by reverting to welfare bashing.

So, the government simply refuses to acknowledge the lack of access to upward economic mobility for ordinary New Zealanders and, consequently, to do anything about it.

Devoid of ideas, they are happy to sit back and blame everyone else.  The only time we see the government actively participate is in pursuing crony capitalism – Rio Tinto, asset sales unwanted by New Zealanders, and now Chorus: all examples of further transfers of public money into private hands.  But, the regular course is to do nothing at all to promote the economic and social wellbeing of New Zealanders as a whole.

In contrast, and in the face of this inertia, the progressive opposition has at least been trying to come up with something.

NZ Power (actually, I prefer the name “KiwiPaua”!), KiwiBuild, KiwiAssure, better access to apprenticeships, commitments to raising the minimum wage, progressive tax structures, and incentives for R & D are all at least ideas!  We actually have something to discuss and to consider when we go to the polls, rather than this dismissive approach and a refusal to acknowledge our social and economic reality.

And, there is an international trend starting.  Bill de Blasio’s win in New York City, achieved on a platform targeting the inherent inequality evident in NYC, “Tale of Two Cities”, is part of the broader and global appeal of progressive policies promoting the 99%.

Ed Miliband too is following this trend and, arguably, Sarkozy’s loss in France reflects dissatisfaction with the neo-liberal approach.  Meanwhile, in Australia, the shambolic Labor Party did everything it could to reverse the trend.

In New Zealand, and speaking of Australians, there is no doubt that the Crosby Textor strategists will be working on the messages to undermine each and every idea put forward by the opposition.  But, and unlike the 2011 election, Labour needs to hold firm.  Communicating a strong and robust progressive policy to New Zealanders will get them to the Beehive.