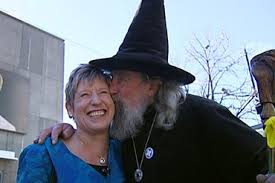 A change of seasons, and a mysterious smell hangs in the air over Christchurch. No-one quite knows what it is. Could it be the change of council, alongside the change in the seasons? Is this the Canterbury Spring? In one of the least surprising elections of all time, Lianne Dalziel coasted into the mayoral chambers without even breaking a sweat; along with her came a swag of new councillors, many from the left, many with some innovative new ideas. It wasn’t just talk though – one of her first actions was to put a stop to some of the excessive spending that seems to have characterised the arrogant, out-of-touch attitude of the Parker-led administration. Just this week, the first council meeting was opened up to the sunlight of the livestream. Not much happened, but it was the principle of the thing. We could watch nothing happen, from the comfort of our own homes. We could watch it later, if we had something else to do, like, say, work.
The council isn’t the only thing that is showing signs of changing – the big man may be for turning. Incoming councillor Raf Manji is leading the voices questioning the wisdom of the “green frame”. I’ve written about it before, but this is the large amount of land that was going to be bought up and converted into green space on the centre-east part of the CBD. Except now the green elements are being watered down, with buildings and projects being added. The grand artifice of the blueprint, with it’s digital flyovers and shiny brochures, is starting to crumble. The revelations about EQC intentionally excluding people from it’s surveys was not taken well by Gerry, who has been less than supportive of his chief executive, Ian Simpson. Even the recovery’s most vocal cheerleader, Peter Townsend from the chamber of commerce, has admitted that we are only 3-5% of the way through the rebuild. Coming up to 3 years after the February quake, that simply isn’t good enough.
In the middle of this dynamic time, the Labour party made the bold choice to have it’s annual conference in Christchurch. I was on the organising committee for the conference, and it certainly wasn’t easy to hold it here. We could have done it somewhere else, and it would have been much, much easier for everybody. But we stuck with it, and made sure it happened here – because it meant something to the party, to give something back to the city. The organising committee was then rewarded by the party for their work hosting, with some bold policy announcements which will help the city get out of this rut.
The announcements at conference – KiwiAssure, plus extra Kiwibuild in the east, red zone temporary accommodation and the New Brighton revivatlistation – are all designed to benefit Christchurch East, but the also single the end of the phoney war that has been going on over the rebuild. “Don’t politicise the rebuild” has been the catch-cry since February. These announcements show that Labour isn’t afraid to make some bold decisions. The Christchurch East by-election is high stakes, for both Poto Williams and David Cunliffe. A win onNovember 30 wont just be a vindication of the change of leadership; it will be the next step towards winning back Christchurch, and ultimately the Treasury benches, in 2014.