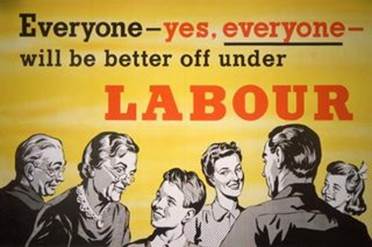 THAT KEITH RANKIN harks back to the days of the Liberal Government (1890-1912) is hardly surprising. His posting entitled “Public Private Capitalism” is entirely consistent with the ideas of economic and social reformers politically active in New Zealand more than 100 years ago.

Much like today, that era was characterised by the rapid spread of capitalism around the world. This second great wave of globalisation (the first coinciding with the so-called “Age of Discovery” during the fifteenth and sixteenth centuries) was given added impetus by the key technological advances of the era: telegraphy, railways, steamships. What distinguishes the global capitalism of the nineteenth and early-twentieth centuries from that of our own era, however, is that the free movement of capital was matched by the free movement of labour.

Prior to the outbreak of the First World War in 1914, it was possible for people living in conditions of economic and social backwardness and/or suffering political oppression (Tsarist Russia, Southern Italy) to simply up stakes and move to nations undergoing rapid modernisation. In the fifty years between by the end of the American Civil War and the outbreak of World War I, for example, more than 15 million people emigrated to the United States. Lesser, though still significant, numbers left the downtrodden “Celtic fringe” of the United Kingdom (Scotland and Ireland) to settle in the new “White” Dominions of Canada, Australia and New Zealand.

What this meant in the context of colonial New Zealand was that capital and labour generally arrived in the places of settlement together. Where the mystique of aristocratic rule was able to obscure the brute facts of capitalist social relations in the Old World, the mutual dependence of capital and labour in the New was obvious to all. Equally obvious was any attempt by one to secure an unfair advantage over the other. Indeed, it is possible to argue that New Zealand history is largely a record of labour asserting its rights against capital – and capital reasserting its rights over labour.

An essential part of this ongoing struggle for ascendancy was the way in which both sides turned to the state to either preserve an advantage or offset a disadvantage. If the colonial business sector found itself suffering from financial stresses that metropolitan capital was unwilling to relieve, it did not hesitate to raid the public revenues. And if workers found themselves priced out of access to privately owned utilities and services, their political representatives lost little time in establishing publicly owned alternatives.

By the middle of the twentieth century this process had reached a point of rough equilibrium. Most of the country’s critical infrastructure and a fair portion of its financial sector was in the hands of the state, while agriculture and most of its consumer industries remained in private ownership.

In the 1930s, however, the eclipse of the Liberal Party by the Labour Party had led to legislation strengthening the New Zealand trade union movement. The share of national income going to wage and salary earners expanded accordingly. In combination with the growth of the public sector, the redistributive effect of trade union power had, by the 1970s, tipped the scales decisively against capital. Indeed, all across the capitalist world the rate of profit began to fall.

This fall in the capitalists’ rate of profit was matched by a concomitant rise in social-democratic and labour ambition. In Sweden a proposal to allow “wage-earner funds” to purchase shares in private companies signalled the Left’s determination to move beyond the post-war “mixed economy” to full-blown socialisation. In Australia, Gough Whitlam’s Labor government also dreamed of “buying back the farm”, while in New Zealand there were fears that Norman Kirk’s compulsory superannuation scheme would soon amass sufficient funds to “expropriate the expropriators”.

The reaction of capital to labour’s growing economic advantage was to first stop and roll back the Left’s political ambitions, and then to launch the most comprehensive counter-attack against working-class gains in more than a century.

This neoliberal counter-revolution grew out of and was made effective by the third great wave of capitalist globalisation. And this time the free flow of capital was not matched by the free flow of labour. First investment and then production itself was moved offshore to dictatorial, low-wage regimes. Unable to vote with their feet, the working-classes of the West – including New Zealand’s – could only watch in dismay as the economic and social gains of a century were ruthlessly stripped away.

But “Kiwi capitalism”, as our grandparents knew it, was not the consequence of some organic thrusting-up of grass-roots entrepreneurialism, it was the product of a quite conscious political effort by New Zealand workers to ensure that they too enjoyed a place in the sun.

If there is any “good” at all in Kiwi capitalism it is only because a century of working-class struggle put it there. And it will only stay “good” if Kiwi workers are successful in doing again what they have done before: deploying the resources of the many, to offset the unfair advantages of the few.