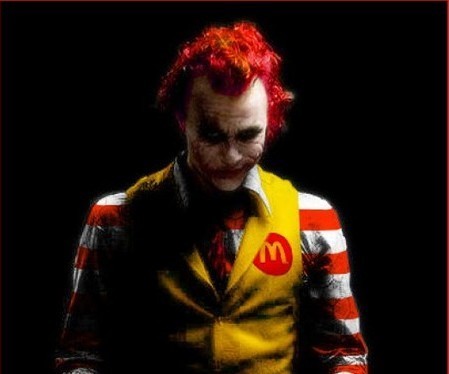 The following letter has been sent to the speaker of the NZ parliament alleging a breach of priviledge by McDonald’s for victimising a worker for what they said at a select committee meeting.

No Right Turn reports a similar case a few years ago. They commented: “This is an open and shut contempt of Parliament. Evidence given before Select Committees is protected by Parliamentary Privilege, and the House’s Standing orders include “assaulting, threatening, or disadvantaging a person on account of evidence given by that person to the House or a committee” as an example of contempt. In 2006, TVNZ was fined and forced to apologise to Parliament [PDF] for disadvantaging a witness (outgoing CEO Ian Fraser) by bringing internal disciplinary proceedings against him. McDonald’s has gone further, against a more vulnerable witness, and deserves a far harsher punishment.”
The International Union of Foodworkers has launched an online campaign to protest this victimisation of a union activist.
You can support Sean Bailey and Unite, CLICK HERE TO SEND A MESSAGE TO MCDONALD’S demanding his reinstatement!
LETTER TO THE SPEAKER OF THE NZ PARLIAMENT

Unite Union believes Sean Bailey has been subject to victimisation after he appeared before the industrial relations select committee on September 11.

The union also believes he has been targeted for exposing serial law breaking by the company over not providing meal breaks as mandated under the current law.

On September 17, just a week after appearing before the select committee, Sean received a disciplinary letter alleging he had accessed wage and time records in late April for staff in his store and made them available to the union. (see Appendix A)

The company held on to the information supporting that allegation (an in store video) for five months until after he had appeared before the select committee and the dispute over the collective agreement had been concluded before bringing the disciplinary charges.

The company followed this letter up with another dated September 27 with charges directly related to his appearance before the select committee. The second disciplinary letter said: “It appears that what you have said during the course of the select committee hearing and

doing so in uniform may give rise to breaches of your obligations to your employer.” (See Appendix B)

Parliament’s Standing Orders prohibits “… Threatening or disadvantaging a person on account of evidence given by that person to the House or a committee”.

The company indicated to us prior to holding the disciplinary meeting to consider their charges against Sean that they wanted to proceed with the complaint over accessing wage and time records before considering the charge over the select committee appearance. We argued that we did not think that it was appropriate to separate the issues and we needed to consider the gravity of the apparent contempt of parliament and its legal implications. We believed that the company had joined the issues and they could not be unilaterally separated. (See Appendix C for correspondence between the parties)

McDonald’s is currently subject to a legal action by Unite Union over failing to provide 30-minute meal breaks for many shifts of more than four hours. Unite has discovered that the breaches of the law have been routine. The company had been claiming to the union that they were not able to provide us with wage and time records that included breaks taken.

We asked our delegates to check if this was true. We were able to get information from a number of stores to prove that this claim was not true so we formally wrote and asked for that information for all our members as is our legal right.

The then “National Director of HR and Talent” for McDonald’s Lauren Voyce responded in an email that repeated the lie that McDonald’s “does not record employees taking breaks”. Sean is being sacked for exposing that lie. (See Appendix H)

We believe there has been pre-meditation in the actions taken against Sean. He had been an active delegate in the four months of the dispute the union had with McDonald’s over a renewal of the collective agreement. The McRush franchise of McDonald’s has a clear majority of its staff in the union. This was in large part to the effectiveness of Sean Bailey as a delegate.

Laura Thompson, the Business Partner and HR manager for the McRush Franchise owned stores sent a text to Sean in early August saying “You better watch out because I will fire you for the smallest things you do in the store”. (see Appendix I)

Sean also has a personal grievance against the McRush Franchisee for cutting his hours in an unreasonable and unlawful fashion because of his union role during the dispute.

Video footage allegedly showing Sean printing off the wage and time records was kept for 5 months before being used as part of the disciplinary process. Laura Thompson had previously told Unite that video footage was not kept for more than 2 weeks when we wanted an allegation of sexual assault investigated yet they have managed to produce video footage from the end of April

It is our belief that McDonald’s deliberately withheld the disciplinary action against Sean until after the dispute between the company and Unite had been settled. In so doing they have removed any pretense that they could claim a loss of trust and confidence as he has been working there continuously for the entire period. It is not good faith practice to collect grievances and then spring them on someone much later rather than dealing with them promptly.

The decision to proceed with the charges against Sean and his subsequent dismissal appears to have been provoked by Sean’s appearance before the select committee. We ask that the Speaker take action to remedy this grave injustice.