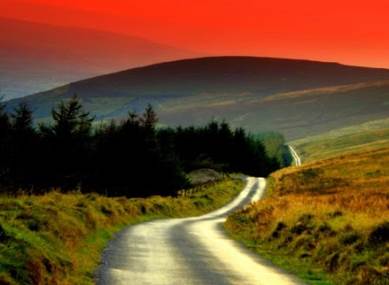 THERE MUST BE SOMETHING in the Whangarei water. Or, maybe, it’s just that Northland is where New Zealand’s ageing lefties go to retire. Whatever the reason, the Whangarei LEC seems to specialise in sending red-hot remits to Labour’s annual conferences. This year’s conference, held in Christchurch at the Wigram Air Force Museum, proved to be no exception. Once again the Red North won the prize for the most left-wing remit submitted for delegates to debate.

And it was a doozy!

Not only did the remit call for the immediate renationalisation of the state-owned energy assets partially privatised by the National Government, but it also demanded a thorough overhaul of the SOE model (making it less “pro-capitalist”!) and, for good measure, adding a strong pitch for worker management and control.

Now John Armstrong, Tracy Watkins, Vernon Small and even (alas!) Bryce Edwards have all offered up the fate of the Whangarei remit, along with the compromises forged in relation to the Trans-Pacific Partnership Agreement (TPPA) and raising the age of eligibility for National Superannuation, as proof that the “Left” suffered a defeat at Wigram. Bryce even went as far as calling the conference a “lurch to liberalism”.

Such judgements reveal a great deal more about the people making them than they do about the events they describe. The Whangarei remit was voted down not because the delegates were all closet Rogernomes, but because they quite rightly assessed it as being politically frivolous.

Had the framers of the remit been serious about the measures it contained, they would have turned up at the conference in force, and lobbied furiously across the many sector-group meetings (especially the Affiliates) that took up most of the first day. They would also have summarised their arguments in pamphlet form (as Young Labour did in support of their call for liberalising New Zealand’s abortion laws and lowering the voting age to sixteen). And, most importantly, they would have had at least two or three speakers primed and ready to make their case on the floor of the Economic Policy Workshop.

But Whangarei did none of these things. Their remit was an example of gestural politics – nothing more. It represented the politics people indulge in when they believe their cause to be lost and when empty gestures of defiance are all that’s left them. But the Labour Party that made serious debate of left-wing ideas impossible was the Labour Party of the Rogernomics Era; the party of the early years of Helen Clark’s leadership (although, interestingly, not of its final years).

The Labour Party of Phil Goff, David Shearer and David Cunliffe is a very different political beast from that of the early 2000s. Muster your arguments, hand out your pamphlets, line up your speakers, and your radical ideas will not only be given a fair hearing – they may even be adopted.

The red-hot policy peddlers of Whangarei did not have their remit voted down because the Labour Party is hostile to the Left; they had it voted down because, with the acquisition of state power a strong possibility in just twelve months’ time, conference delegates were looking for considerably more from their policy-framers than hoary socialist slogans.

THE SAME TIGHTENING of policy parameters occurred in the two-and-a-half year period between the 1981 General Election and the Snap Election of 1984. Many young people, radicalised by the events surrounding the Springbok Tour and challenged by the ideological advance of what was then called the New Right, devoted a great deal of time and energy into researching the policy initiatives of British Labour Party MPs, the French socialists, and the achievements of the German, Danish, Norwegian and Swedish social-democrats. If you wanted to be taken seriously in a mass left-wing party of more than 85,000 ordinary members you needed to offer policy suggestions a little more detailed than “the socialisation of the means of production, distribution and exchange”.

As it became clear that the Roger Douglas-led faction of Labour’s caucus was mainlining the pure neoliberal heroin being supplied to them by Treasury and the Reserve Bank, that growing body of left-wing research and policy was hurriedly drawn together by a group made up of Douglas’s ideological opponents. Bill Rowling, Anne Hercus, Peter Harris, Rob Campbell, Helen Clark, Margaret Wilson and the then Labour Party President, Jim Anderton, were just the most prominent participants. These “Harris/Hercus Papers” constitute the road not travelled by Labour in 1984: a road that would have taken New Zealand to a destination very different from the one to which it was ultimately led by Roger Douglas and his sponsors.

At the heart of that alternative economic strategy was a commitment to a much more democratic and participatory form of economic management. The objective was to develop a decision-making process that avoided both the economicdiktats of Muldoonism and the disembodied ruthlessness of the so-called “free market”. Rather than economic policy being something imposed by “experts” (i.e. Treasury) from on-high, the intention was to develop economic and social policy alongside the institutions and communities most directly affected by its implementation.

As the Harris/Hercus Papers put it:

“The centre is too distant from the knowledge of the potential and limitations of different regions and industries. It is too vulnerable to risks of making bad decisions (picking losers). The more broadly-based the participation, the higher the community and local input, the less is the chance that any one particular idea will prove to be a project that brings down the whole programme.”

“An implicit deal [that] would be offered to the electorate. In return for their financial input (in terms of paying higher taxes to fund the development programme), they would acquire the right to influence and participate in economic policy implementation and thus ensure that it proceeded in accord with their social interests, primarily employment creation.”

The ill-fated “Economic Summit” which convened in Parliament in late 1984 was the last faint echo of the democratic planning proposals set out in the Harris/Hercus Papers.

THE LABOUR PARTY under David Cunliffe has a long way to travel before it reaches the point at which the elaboration of a comprehensive alternative economic package comparable to the Harris/Hercus Papers becomes possible. The party’s rank-and-file and its affiliate membership are only slowly recovering the confidence and resources necessary to recapture the policy initiative that was wrenched from their hands nearly 30 years ago.

And it will not be achieved by re-cycling the slogans of yesteryear.

What cannot be disputed, however, is that under David Cunliffe the New Zealand Labour Party is at last setting out on its long-delayed journey of ideological rediscovery. The road not travelled in 1984 may be overgrown and hard to discern, but as the weeds and the gorse are cleared away, and its contours slowly emerge, those New Zealanders who have been waiting for a government brave enough to steer their country’s economy in new, democratic and more equitable directions will, finally, have reason for optimism.