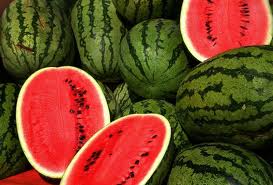 I’ve always been passionate about environmental issues. Access to clean water, clean air, safe food and protection from pollutants is as much about social justice as it is environmental and economic sustainability. Our environment and our economy are two sides of the same coin. And as such I am extremely proud of the work being done within the Labour Party both on the recently adopted environment policy platform and the policy development work that platform will guide.

As David Cunliffe said in his conference speech we need to transition away from our reliance on fossil fuels to a low-carbon renewable energy future and the accompanying jobs. It’s a transition that started under Helen Clark’s leadership through such policies as the Emissions Trading Scheme and a price on carbon, a moratorium on any new base load electricity generation from fossil fuels, and a biofuels obligation. Policies that have all been decimated or canned by the current National government. It’s a transition the next Labour government will lead on again.

The missing element of the current debate around offshore oil and gas exploration is the fact that we seriously lack any alternatives. We are a heavily carbon dependent economy. Fossil fuel extraction is a significant part of our economy and we couldn’t simply turn the tap off tomorrow and continue to enjoy the quality of life we enjoy today. That’s why the immediate focus must be on developing the alternatives and beginning that transition right now. Otherwise we’ll be having the same debates in twenty, thirty, forty years time.

And in the meantime we need to learn from the Rena and Gulf of Mexico disasters and implement tougher bottom lines for any new activities. For example we need to ensure we have top notch robust regulation and risk assessment analysis. To say the Exclusive Economic Zone Act falls well short is a massive understatement – it is a developers charter. We also have concerns about the agency doing the consenting – the Environmental Protection Authority. When the EPA legislation was going through Parliament Labour proposed an amendment to make ‘environmental protection’ one of the purposes of the ‘Environmental Protection Authority’ and National voted it down. That speaks volumes.

Labour is committed to a low carbon future. While there is of course debate within our party about the speed and nature of that transition, the goal is not in question. And the debates we are having as a party are the same debates being had out there in communities right around the country who want to see opportunities for workers here at home rather than overseas, but not at the expense of our natural environment. Rather than blackmailing these communities by telling them it’s oil and gas jobs or no jobs at all, maybe the National party should reflect on why as a party they aren’t also having these debates given that sustainable regional development and climate change are two of the most pressing issues facing our country and our planet.