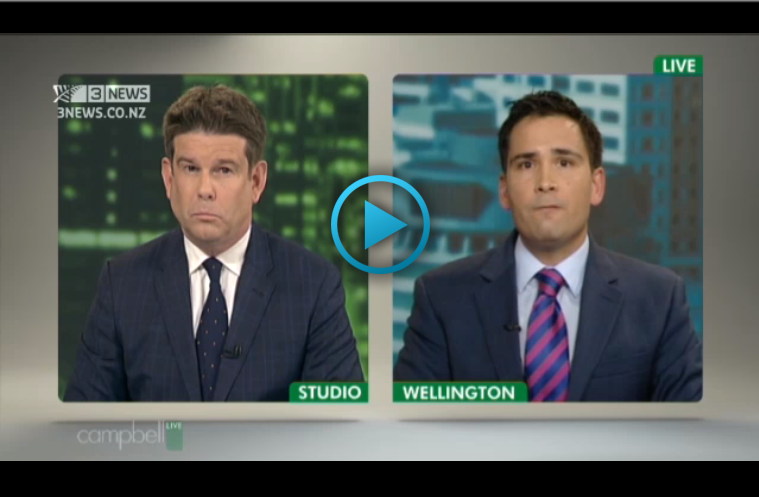 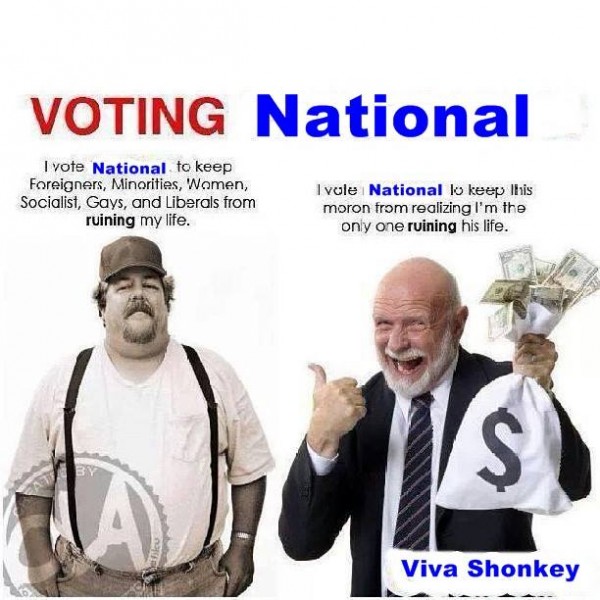 The strategy was devious, Simon came storming onto the show, declaring Campbell Live had attacked a decent industry claiming bias like a McCarthyist at a CTU meeting and shouting over the top of questions. He then proceeded to cleverly claim that the standards are rigorous and intense and that 2000 wells had already been dug. It was Bridges effectively throwing the concerns of deep sea drilling back in Campbell’s face and sneeringly spitting in the soy lattes of the intelligentsia.

It was genius right up until Campbell struck back with devastating precision.

“How many are deep sea” shot back John, Simon sensing where Campbell was going tried talking over the top of John, but it didn’t work.

“8” was Simon’s eventual answer. And of those 8 – what was the deepest well drilled?

Bang. These new wells are twice that depth, and suddenly Simon was in trouble because the appearance of everything being fine with his 2000 wells spin started horribly coming apart because the reality is no well to date has been drilled at these depths.

What proceeded after he was so terribly caught out was an astonishing example of what must be Crosby-Textor style political tactics. Bridges started lashing out personally at John Campbell with a bizarre accusation that John owned shares in Anadarko and he repeatedly claimed bias like a petulant child.

He couldn’t guarantee a relief well or that the decision making would be made public while shrugging off the pittance in royalties NZ will earn – ON PROFITS – not total revenue.

Forget the dirty way Bridges cut this deal for a big oil company and the contemptuous manner in which he bypassed public scrutiny and effectively passed law criminalizing Greenpeace, what was truly astounding was the manner in which Simon conducted himself with John.

This was an extraordinary interview, because what it showed was a National Party Minister of the Crown turning up to an interview with no interest in being held accountable for issues of the day, this was a Minister intent to do one thing, and one thing only, attack Campbell and all the things Campbell stands for, because while us urbane folk will gasp in astonishment at the unnecessary viscousness and spitefulness of Bridges’ petty responses, there is an angry white NZ who are cheering him to bash that dirty pinko.

National are wounded with Cunliffe’s leap in the polls, they have lost the argument because there is no argument, just crony capitalism and corporate welfare. It’s policy for the rich, by the rich and in the interests of the rich, and the way National are going to hide this is by playing to the angry prejudices of their rump voter base.

This interview gives us an idea of the venom National intend to inject into the election next year, and the dark divisions within the NZ electorate psyche they intend to arouse and unleash.

A wounded National Party are a dangerous National Party, we have seen time and time again, from Muldoon to Don Brash that they are a Party willing to turn to the angry white vote and use it to rupture the political spectrum for their gain, damn the wider consequences of what unleashing that anger creates.

This interview gave real insight to that.