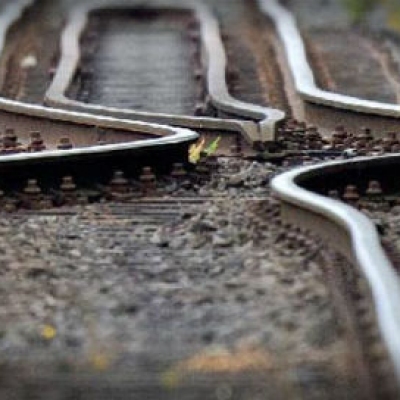 I dunno if you’ve noticed, but it’s local body election time. A few people have asked me for my thoughts on the various wards, so I’m going to out down who I’d vote for if I was in a certain ward, plus what I think will happen. I’ll start from where I am, and work my way around clockwise.

Quite a tight race here, between the two sitting councillors (Chen and Helen Broughton of iCitz), with the high-profile ex-mayor Vicki Buck. Buck has the name recognition to coast in I think, though I won’t be voting for her as I don’t like her position championing charter schools. Though I know that that is a government, rather than a council, decision, I still think that it indicates that she is quasi-Tory. Jimmy Chen has been given a hard time by the Press for having an accent, but the guy works incredibly hard, and runs the most remarkable campaigns. I think he’ll win out over Broughton, who is tainted by a number of decisions at council, including the Marryatt saga.

I was looking at my Grandmother’s Fendalton-Waimairi ballot when I realised how bleak this ward is. I’d have a hard time voting for anybody really – but that’s one of the reasons I don’t live in this ward. Gough is running for iCitz with Cr Claudia Reid, who is moving across from Banks Peninsula ward. This is the only ward where the iCitz ticket really has any power. I’d expect them to take the community board, and get at least one councillor (sadly). Both Gough and Reid have been badly tainted by the Marryatt saga, but I think Gough has enough of a name to grovel his way back in. While I have reservations about Raf Manji – I think he’s a bit politically naive, and his policy is either waffly or non-existent – I’d rather have him than the other two, and I think he’s got a good shot of getting his feet under the table. Hopefully Lianne – who’s backed him – will bring him up to speed quickly on how to be an effective councillor.

Shirley-Papanui is the ward with the two independent, non-politically aligned councillors who stand for nothing and something at the same time – Aaron Keown and Ngaire Button. Both are up against it, due to being part of the “A team” of councillors that turned out to be anything but. Ali Jones is high-profile, so I expect that she will get one of the slots. I think Keown and Button will both take a hit, but expect that given his name recognition – despite a lot of it being for him being an idiot – Keown will make it, whilst Button will miss out. However, I’m still hopeful that a strong campaign from the two People’s Choice candidates, Pauline Cotter and Gemma Maslin (who is running for community board) could see them elected. Cotter has been a good representative on the Shirley-Papanui community board for some time, so may be seen as a safe pair of hands compared to Button or Keown. Maslin is a very promising Young Labour activist, and if she makes it on, I wouldn’t be surprised to see her running for the council in this ward in three years.

Glenn has done very well as a first time councillor, who served alongside Chrissie Williams and then Peter Beck. He’s going to find himself with a new comrade, and I wouldn’t be surprised if it was his running mate Robyn Nuthall. In the four wards that are being strongly contested by the People’s Choice (Burwood-Pegaus, Hagley-Ferrymead, Spreydon-Heathcote and Riccarton-Wigram), there have been extensive, comprehensive campaigns. It’s hard to predict the success of these efforts, but I wouldn’t be surprised if one of the running mates of a councillor standing for re-election is also elected due to the positive association with the existing councillor. That said, I think David East will go pretty close, due to his extensive lobbying around the New Brighton aquatic park, which is a very popular idea in the ward.

As I’ve said before, I think this is the most interesting of the ward campaigns, and it’s a shame that some of the candidates are running here rather than being spread out into some of the other wards which are lacking in decent options. Yani is a sure thing, he’s a much-liked councillor who objected to the way that things were being done at council, and turned out to be right. Paul Lonsdale is running in this ward, and though he may get a bump from his futile mayoral campaign, he stands for the Central City area of the ward, which has a population of about 20 people. I don’t know how well that will translate to places like Woolston and Linwood. Actually, I do know how that will translate: not well. Islay McLeod was People’s Choice last election, but isn’t this time due to her turning out to actually be a Tory. That would probably be ok for her, but she and Wendy Gilchrist are likely to split the conservative middle-aged white woman vote, which could play into McLellan’s hands.

I really don’t know much about what’s going to happen here. Banks Peninsula is still a weird one – it only has one councillor, and they don’t need very many votes, compared to what candidates will get in the city wards. In 2010, Claudia Reid won with 2133 votes, beating one Denis O’Rourke who came in second with 615 votes. Compare that with Hagley-Ferrymead, where Tim Carter got 7300, and Yani got over 10,000 votes. The two main population areas in the ward are Akaroa and Lyttelton, and the Labour Party is still well organised in the latter. I would think that this would translate into a win for Turner, but that’s based on not much more than a hunch.

This race is wide open, with the two sitting councillors Sue Wells and Barry Corbett deciding not to seek re-election. Phil Clearwater has served on the Spreydon-Heathcote Community Board for some time now, and is well respected. He got a huge number of votes at the last community board election – as did Tim Scandrett and Karolin Potter, who are also running for council. However, Scandrett ran last election on a People’s Choice ticket, but isn’t this time, and I’m not sure that he will be able to pull half that many votes without the Labour campaign machine behind him. UCSA student president Erin Jackson is running, but I’m not convinced that that brings her much profile in the ward. Also, her party affiliation is “Awake at the table”, which I find bizarre. Was there some problem with councillors drifting off in meetings? Does she advocate for supplementing the water supply with NoDoze?

Not even a contest.