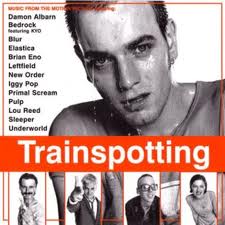 Yet another round of financial difficulty for a private toll-road in Australia highlights the utter folly of National’s plan to lock us into PPP’s (public-private partnerships) for some of their worst motorway projects. Sydney’s Cross City tunnel is in voluntary administration, while the New South Wales Office of State Revenue is trying to pursue the owners for an unpaid AUD$64m tax bill.

Earlier this year I was invited to speak at a conference on PPP’s in Auckland. It was quite entertaining, as virtually every other speaker was extolling their benefits and relating boring details of contracting arrangements and project management. The conference wasn’t huge, maybe 50 odd people, but was unsurprisingly homogenous with 95% of the attendees of one gender, ethnicity and a relatively narrow age range. (I won’t say what that was, because it’s not important – the worry is simply the lack of diversity.)

I got up on stage with a simple message: PPP’s do not make sense for new transport infrastructure in countries like New Zealand, because costs across the transportation sector in car dependent countries are very indirect. Not to mention our highway networks are very mature, and duplicating links or adding new ones has diminishing returns.

I’ve blogged before about the high costs of car dependence and the dubious concept of time travel savings, which sees billion dollar motorways being built for a whole 2.2 minutes of time savings. (Yep, that’s only 2 minutes and 12 seconds).

The highway projects being prioritised by National are already low-value, even by their own wide social benefit cost analysis, which tends to favour road capacity expansion.

Not enough people are willing to pay the tolls that would be necessary to fund projects like Transmission Gully or Puhoi to Warkworth. In other words – these projects aren’t worth it to users if they have to pay directly (which should be obvious because both have benefit-cost-ratios of less than 1). We could conclude therefore they are not the best use of public money. Yet the Government is investigating PPP’s to fund both of these projects.

More than half a dozen highways in Australia funded by private investors have suffered financial difficulties in the last decade because lower than forecast traffic volumes simply have not returned the necessary revenue. (See the table below for a list of projects with the details of the shocking traffic volumes, and in many cases, higher than expected construction cost. Additionally,  Brisbane’s Airport Link suffered financial collapse earlier this year, after this table was compiled.)

In the cases of the failed Australian PPP’s, it was largely private investors that were on the hook. Taxpayers may have to pick up ongoing maintenance and operations costs – but they didn’t have to spend billions on these white elephant projects.

The experience in Australia taught private investors that new highways are not a good investment, so no one in their right mind would put up the cash to build the low-value roads of significance to National on the basis of fictional traffic growth and high tolls. But the boffins in the National Government have come up with a way to make future taxpayers pay for their irresponsible projects – and as a bonus, guarantee a tidy profit for private investors at the same time. It’s called an “availability-payment” PPP.

Traffic growth has not occurred since before the GFC, which means the revenue from the petrol tax and road user charges was stagnant. This confounded the expectation of the traffic engineers that more cars would always come. The Government, after having talked up a return to surplus and scare-mongered about public debt, found itself unable to fund the exorbitant motorway promises it had made without borrowing or putting up the petrol tax. Rather than display maturity and fiscal responsibility by deferring some of these projects after observing the fall in traffic volumes, they instead finally took the unpopular measure of putting in place three years of petrol tax hikes. But they have also contrived a clever ruse for borrowing but keeping the debt off the books, simply by calling it a PPP.

Here’s how it works: the Government pays nothing for the five years the project is under construction, but it enters into a contract to pay an annual payment every year for 25 years after it opens, on the condition that the road is “available”. As in, open and available to be used. Doesn’t matter how few people use it. Users of the road will pay nothing directly, but road users all over New Zealand for decades to come will be paying back the private investors, in the case of Transmission Gully, it could easily be more than $15 per trip, every trip, for 25 years.

National has been trying to spin PPP’s like somehow they are going to save taxpayers money – but they will do exactly the opposite. Borrowing means we have to pay interest, and it costs more for the private sector to borrow. It trebles the cost of Transmission Gully (and would likely do the same for Puhoi to Warkworth). This is supposedly justified on the basis of risk transfer. But, what risk is the private sector taking on in this case? The risk that demand is lower than forecast is not borne by the private sector at all. If there is an oil price crisis and no one can afford to drive, future governments will still be contractually obliged to pay $120-150million a year for Transmission Gully in 2040.

We already have a competitive tender process for the design and construction of roads – in fact all of our motorways are already built by the private sector. Victoria Park Tunnel was completed ahead of time, on budget, and has not had any difficulty staying open, without being privately financed. It’s unconvincing to claim there are further competitive tensions we can harness to get innovation. The availability-payment model the Government is pursuing does bundle 25 years of maintenance costs into the project, which may incentivise a higher standard of build that is less costly to maintain. But really, nothing is stopping the Government from bundling maintenance and operation costs for a period with a design and construct contract anyway, and the maintenance costs for a road like Transmission Gully are likely to be less than $50m over the 25 year period. Hardly warrants the $2.4b additional cost of doing it as a PPP.

Professor Matthew Ryan at Auckland University Business School has made the case that there is no economic argument for using private finance. The only reason one would go for private finance is to hide the debt. In the case of this National Government, they have the added advantage of getting a foolish motorway or two under construction without paying a dime. It doesn’t matter to National that the business cases for the projects are poor, because it will be future governments and future taxpayers that will be stuck paying for them. And the private investors will be very happy indeed to have a safe and profitable investment for a quarter of a century, no risk of high oil prices or low traffic growth to worry about.

The lesson from Australia is clear — crazy expensive motorways simply aren’t necessary to deal with our current traffic problems, and they aren’t a good investment. Complicated, low-benefit projects like Puhoi to Warkworth and Transmission Gully should be deferred indefinitely, and the $3billion a year transport budget should be reprioritised on infrastructure that delivers us a balanced transport system and gives people more choice to avoid high oil prices.

The Government is doing all it can to get these projects contracted before mid-2014, presumably to preclude an incoming Green-Labour coalition from deferring the RoNS in favour of smarter, greener transport projects. Which we will, because it is the only fiscally (not to mention socially and environmentally) responsible course of action. Motorway PPP’s are yet another example of National looking after private investors and its mates, at the expense of current and future taxpayers.