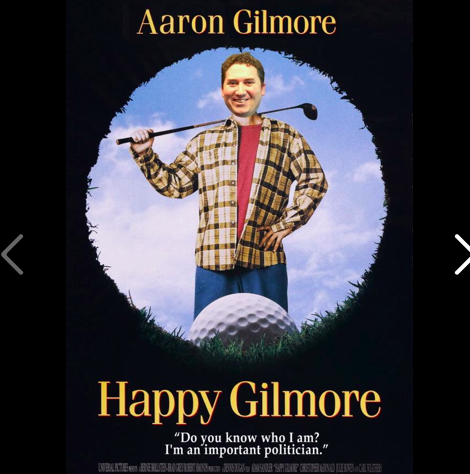 Something I’ve noticed in the last few days, as the Aaron Gilmore saga drags on, is the number of snide references being made to our electoral system, MMP (Mixed Member Proportional).

The new meme is that the MMP system is somehow permitting Aaron Gilmore to remain in Parliament, and is vexing his Leader’s desire to remove him. The subtext is that MMP is severely ‘flawed’,  allowing errant members of Parliament to flout the ‘system’ and disregard the wishes of the public – and their Party leaders.

The corollary is that the previous system, First Past the Post (FPP) was somehow ‘superior’; tougher on wayward politicians, and allowed Party leaders to ditch them.

Both views are patently false.

As usual, watch out for politicians and their hangers-on – they speak with a forked tongue.

The reality is that pre-MMP, during our First Past the Post era, there were several members of Parliament who split away from their Parties (either National or Labour).

The Roll Call of Honour/Dis-Honour – depending on your point of view:

Of the five MPs listed above, only Peters resigned from Parliament (as well as his Party), prompting a by-election on 17 April 1993.

Peters’ resignation was made of his own volition, as he sought a mandate from his Electorate after a public and very acrimonious split from the Bolger-led National Government of the day. (Indeed, Peters’ by-election was  dismissed  as a “stunt” by his opponants. I guess you can’t win either way.)

The remaining for MPs, Anderton; Myles; MacIntyre; and  Campion all remained as sitting Independent MPs until the following general election. Only Anderton and Peters were re-elected in subsequent elections.

All five MPs were electorate-based, and elected under FPP. In this respect, both MMP and FPP share a common feature; at no time could either Labour or National force their five ‘rogue’ MPs from Parliament.

This is a fact that Key, Boag, and the un-named author of the Dominion Post editorial should be fully aquainted with.

It appears to me is that by ‘dissing’ MMP, the conservative elements in politics (Key, Boag, and an obviously right-leaning anonymous  editorialist) are attempting to shift blame from their own short-comings  onto our electoral system. “Scape goating” is the appropriate term, I believe.

But worse than that – by smearing our electoral system, the Conservative Establishment is further undermining the public perception of democracy in New Zealand.  The apalling low voter turn-out in 2011 –  74.2% , the lowest turnout since 1887 – can only be exacerbated when those with a loud public voice ridicule and deride our electoral system.

The subtext here is; “our electoral system is crap; don’t bother using it; don’t vote; disengage”.

This, of course, suits the purposes of the Conservative Establishment. The less people who vote, the better for them. Their hope is that their own voter base will ignore the subliminal messaging and continue to cast their ballots on Election Day.

It is a sad day in our country when those with a strong public voice (political leaders, public figures, anonymous editorial writers, etc) use their positions to undermine democracy and further erode public participation, when instead they have a duty to promote a sense of  civic duty in our nation.

What’s the bet that come the next election, John Key, Michelle Boag, and the anonymous Dominion Post editorialist will all be voting?

Of course they will. They understand the power of the ballot.

TVNZ:   Gilmore refuses to resign amid fresh allegations (9 May 2013)

National Business Review: Boag: how best to deal with Gilmore