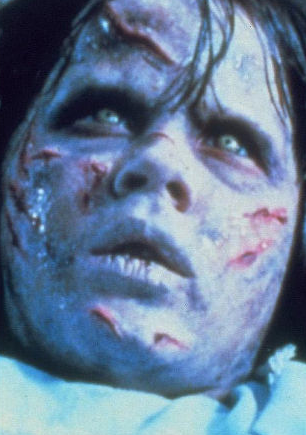 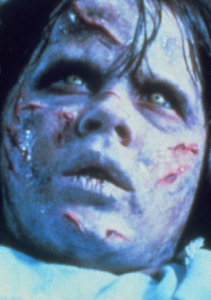 Franklin D. Roosevelt, the 32nd President of the United States, famously said; “There is nothing to fear but fear itself.” He said this at his inaugural address a few years before the Second World War would come to dominate the hearts and minds of nearly everybody on planet Earth.

Fear is a powerful emotion, and therefore has been extensively studied by those who wish to manipulate others into doing what they want. Fear is often used by the abuser to ensure their victims remain silent, it’s employed by the Police and other gangs to control people and it’s also extensively utilized by governments to influence the masses.

Perhaps one of the best known examples of manipulation through fear was when US president George W. Bush and UK prime minister Tony Blair claimed that Iraqi tyrant Saddam Hussein possessed large hidden stockpiles of weapons of mass destruction. This was recently proven to be entirely untrue, yet the perpetrators of those falsehoods to justify a war for oil have not been held to account.

Likewise Prime Minister Key has recently claimed that hackers tried to steal information relating to New Zealand’s WMD program as a way to justify making the GCSB’s illegal spying legal. These reprobates often get away with such dishonesty because the public has unfortunately become accustomed to being manipulated.

One such disinformation campaign that’s currently being waged is against North Korea, with claims that nuclear war is imminent. However North Korea is a long way away from developing deployable nuclear weapons, a fact the mainstream media are at pains to ignore.

Similar disinformation surrounds the Syrian civil war, with the media now claiming chemical weapons might fall into the hands of rebel forces. Clearly, intervening in this war that has claimed the lives of tens of thousands of innocent people is worthwhile but with many of the rebels being foreign Islamists, the US and their allies have little to gain in helping soldiers they have recently been trying to annihilate elsewhere.

Taking a leaf out of the CIA’s handbook, dictator Bashar al-Assad often uses similar manipulations against the people of Syria. In fact accusing people of being terrorists seems to be a favourite pastime of dictators and western diplomats alike in order to progress their own flawed agendas.

With the Iraq war slowing down and the United States economy being dependent on at least one major conflict, it’s little wonder their Congress has been looking around for another war to fight and working hard towards justifying it with huge amounts of propaganda.

Conveniently, for the warmongers and gun lobbyists, the domestic war on terror took another shot in the arm on April 16 with the Boston marathon bombings that killed three people dominating the news cycle. Such a terrible incident has given the propagandists exactly what they need to increase people’s fears.

In contrast to that particular media frenzy, most journalists took very little interest when Bashar al-Assad’s warplanes killed at least 12 children in two separate attacks in Syria the day before the Boston bombings occurred. They also largely ignored the deaths of 21 Iraqi prisoners convicted on flimsy terrorism charges when they were executed by hanging a couple of days after the Boston bombings.

Biased reporting was also displayed when some media claimed the Boston marathon bombers were Muslim terrorists well before there was any evidence of who actually committed the crimes. Apparently the bombers also used weapons of mass destruction, when the bombs were obviously home made.

This unjustified fear mongering is what helps the public accept whatever punishment or wars the powers that be want to undertake. It also goes some way to convincing the public that our civil liberties should be further eroded with more invasive measures to monitor everything we say and do, just in case.

One of the suspected Boston bombers, Tamerlan Tsarnaev, was killed in what the media termed a fierce gun battle with police. However there is now uncertainty as to whether he was anywhere near where the initial gun battle took place, or if he had a gun at all when he was shot dead by the police. There is also some discussion about whether he should have a proper burial, even though the evidence against him is largely inconclusive and his family continues to strongly profess his innocence. Despite the lack of any clear evidence, Tamerlan’s younger brother and apparent accomplice, Dzhokhar Tsarnaev, is facing the death penalty even though Massachusetts abolished capital punishment in 1984. He potentially faces a federal case because a gullible public, fed a daily diet of fear and hatred, largely believes the official propaganda that weapons of mass destruction were used.

Such terrible occurrences like the Boston bombings will, of course, bring out the conspiracy theorists but they also bring out the worst in our mainstream media. The discrimination promoted in their reports is clearly detrimental to civil societies the world over. In this regard fear isn’t just the mind killer, it can literally kill as well.

Editor’s Note: This is The Jackal’s first article on The Daily Blog.