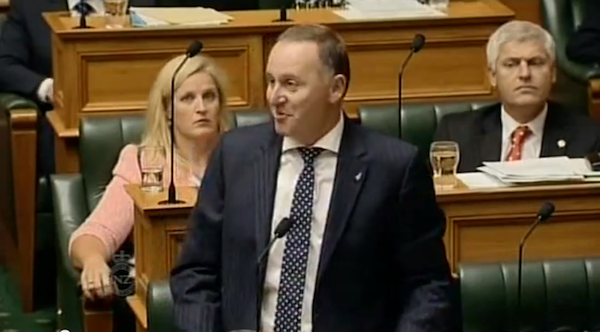 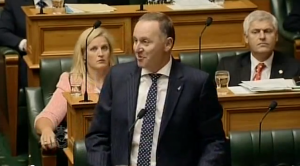 Revelations that the Prime Minister’s mother was best friends with the GCSB director’s mother underscores two major issues: how small New Zealand’s population is and why current oversight laws of our intelligence agencies are failing the public interest test.

In recent weeks we have come to understand more why prime ministerial responsibility for the intelligence agencies does not necessarily mean satisfactory oversight of the New Zealand Security Intelligence Service (NZSIS) and Government Communications Security Bureau (GCSB).

Last week, in Parliament, the Prime Minister insisted that he should not have been informed of Operation Debut (the illegal surveillance operation targeting Kim Dotcom by the GCSB) and that he did not expect to be briefed on any operations led or handled by the intelligence agencies.

That no doubt led to Labour deputy leader Grant Robertson this week asking the Prime Minister in Parliament: if he was not briefed during meetings with the GCSB director (the son of the PM’s mother’s friend) then what exactly goes on at such briefings?

Rt Hon JOHN KEY: Not on the advice I have of the notes of that meeting.

Grant Robertson: Given that answer, what are the meetings he has with the Government Communications Security Bureau about?

Rt Hon JOHN KEY: It is not my normal practice to answer those details, but, because the member is so prone to conspiracy theories, the director came to me to sign a warrant and I signed it on the 24th.

The Prime Minister’s comedy performance when answering these questions shows clearly why this country needs to reform its intelligence oversight framework.

The comedy aside, and returning to a sensible logic, let’s consider how our intelligence oversight framework should be reformed:

A minister should remain responsible for the NZSIS and GCSB, and the Inspector General of Intelligence and Security should continue to have retrospective judicial inquiry powers (although proper resourcing is needed).

But there must be robust oversight by a Parliamentary intelligence committee (far in excess of the 45 minutes or so of baffle they are served a few times a year).

Debate must now commence on whether a sworn commissioner, heading an independent committee of sworn members, should be established to oversee New Zealand’s intelligence agencies.

This aspect of reform has had little attention of late. But after the NZSIS’ (and then External Assessments Bureau [EAB]’s) failings re the Ahmed Zaoui case, and, the GCSB’s illegal surveillance of Kim Dotcom, it is fair to assess the culture within the agencies as shoddy.

It is time for opposition parties (Labour, Greens, New Zealand First and Mana) to seriously develop oversight policies that will satisfy on these points.

On this score, reform and policy development really is the true test of the Labour-led opposition’s resolve. To press the politics solely for the purpose of exposing the Prime Minister’s incompetence or otherwise is an opportunity missed.

What this country needs are policy-solutions that will ensure true oversight is established. The national and public interest demands this reform be developed and included on the legislative agenda once there is a change of government.

To state the obvious: the current state of affairs is unsatisfactory to say the least. Actually, it is a shambles.