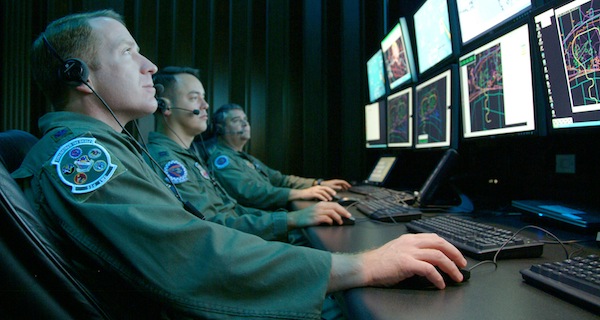 IT WAS DURING one of those dreadful press conferences while John Key was against the wall in China when questioned about what he would do to fix the GCSB scandal when he mumbled something about ‘cyber security’.

It popped up unexpectedly, like when a politician first begins to seed a word into the public’s sub-conscious.

Key’s mumble stood out too because ‘cyber security’ has been the security-intelligence buzzword for western alliance governments throughout 2011-13. It seems to be a magic phrase where on its mysterious mentioning the citizenry is expected to think: Oh that does sounds scary, yes, of course the government should do something to protect us, even if it means protecting us from ourselves.

Cyber Security has been the big ticket trojan horse concept that the Five Eyes network of nations (US-UK-Canada-Australia-NZ) has used to bind together new security-intel alliances and create compliant legislation.

And in the Partnership Agreement document NATO and New Zealand Government jointly stated:

Increasing economic interdependence, failing states, and new forms of technologies, such as those used in cyber attacks, mean that the risks faced by modern societies extend well beyond national borders.

There has been a backstory of global proportions developing since National took office in 2008. Here is more detail.

In a Government release the Attorney General Chris Finlayson stated:

“The declaration includes undertakings to establish arrangements for sharing information on policy and legislative responses to, and criminal intelligence on, organised crime. The members also undertake to work more closely to co-operate on capacity building and training.”

“We recognise the gap between supply and demand for cyber security capacity building internationally. The United Kingdom, through the establishment of a new Global Cyber Security Capacity Building Centre (GCSCBC) is looking at how to make better use of the skills and resources internationally to address this issue.

“The United Kingdom and New Zealand will work closely together to ensure these and other efforts can attain full global reach, including how to best support the work of the ASEAN Regional Forum partners and also the Pacific Island Forum’s regional security committee.”

And then there’s the rhetoric within the Washington Declaration.

At the time of signing the Washington Declaration the New Zealand Government stated:

Specifically, the Washington Declaration enhances cooperation in key areas that New Zealand and the US have been working on closely together over the past two years, namely maritime security, including counter-proliferation, counter-terrorism, and anti-piracy…

In the context of the US’ anti-piracy initiatives, including the Dotcom/MegaUpload case the Washington Declaration falls into frame. (Perhaps the political scientists amongst us should deploy more analysis to it under the current context. It would be helpful and important.)

There is much more, that all goes to show the global pressure John Key’s government will have been feeling to get the GCSB scandal off the headlines and seed the information necessary to condition the public, to condition it into accepting reform that brings New Zealand’s security intelligence legislation into alignment with the Five Eyes alliance’s interests.

The New Zealand public’s right to liberty, as they say, is small beer when considering the global picture, as John Key has done.

On Thursday April 11, 2013, during an interview on Citizen A hosted by Martyn Bradbury, Keith Locke and I evaluated the GCSB scandal to that date. On the programme I mentioned an understanding conveyed by intelligence contacts that the GCSB had committed surveillance against New Zealand citizens and permanent residents at the behest of overseas foreign governments, specifically for members of the Five Eyes network.

It appears that a convention existed where the GCSB had been compelled to surveil on behalf of foreign Five Eyes governments where the New Zealand Security Intelligence Service (NZSIS), or the New Zealand Police had received/actioned operations against New Zealanders on the request of their offshore counterparts. Specifically, the ‘convention’ was observed when an intelligence agency of a member of the Five Eyes network requested surveillance be actioned on New Zealand territory, against a person, group or entity. I understand that the convention extended thus: that the intelligence agencies believed when surveilling under request of a Five Eyes counterpart they could do so even without a Prime Ministerial warrant or authorised by the issuing Justice. This, explains in part, how a prime ministerial warrant was circumnavigated during Operation Debut – the sting against Kim Dotcom.

This knowledge, was and is a can of worms.

”The Government Communications Security Bureau yesterday refused to say whether personal data known as “selectors of interest” about the 88 New Zealanders was passed to foreign intelligence.
The Five Eyes intelligence network is a group led by the United States with membership including New Zealand, Britain, Canada and Australia…

“A (GCSB) bureau spokesman yesterday refused to say whether information in the 88 cases highlighted as possibly unlawful would have been passed to the Five Eyes network.”

Within the context of the global intel backstory, and considering the information circulating amongst New Zealand’s intelligence community, it appears it would be naive to believe information was not shared with the overseas counterparts, and indeed that surveillance operations were initiated by those powerful western alliance governments.

This is the backstory to John Key’s draft legislation, the remedy, to the GCSB scandal, where he proposes to change the GCSB Act as follows :

At a high level, GCSB will retain its three main functions.
These are:

However, these functions will be clarified and updated so that:

The legislative changes, Key states, would also be subject to the enhanced oversight arrangements. He said a solid oversight regime will help build confidence and enhance public trust in intelligence agencies.

He also stated that an inquiry will be held, not into the apparent reach of a cover-up of the GCSB’s illegal spying, but into who leaked the Kitteridge Review Report.

Then there is the weird aspect of John Key’s remedy to permit the GCSB to surveil on behalf of private sector entities. On the surface, this seems rather too weird and revealing of how extreme Key’s thinking has become (remember in his speech to the opening of the newly elected Parliament post the 2011 General Election, Key committed to a moderate government). This draft legislation, the GCSB remedy, is far from moderate.

This is all big picture stuff. At New Zealand’s level, any reform of huge security-intel proportions ought to involve the Labour Party and Green Party’s involvement if not support – as they will likely make up the new New Zealand Government once the National Party finally exhausts its popular support base.

Legislation of this nature should attempt to reach an accord.

Labour and the Greens are right not to commit to this stuff. The Prime Minister’s hacking claims are more a distraction, with sinister undertones, and the world has heard this kind of rhetoric before.

The premise of this post shows globalisation is not just a trade concept, it is very much a security intelligence concept too. The premise also reveals John Key Prime Minister not so much as a security-intel deep-strategic-thinker and mastermind of the front-footing legislative remedy – but rather as the pinky in the Anglo-Saxon-US Five Eyes fist.

Is it any wonder John Key, the poor man, mumbled his lines when against the wall in China.

Other Posts in this series: