I find it all a bit overblown the way our news media get so hyped up about New Zealand athletes, their medal prospects and then medal results from the Commonwealth Games.

Perhaps it has something to do with the media generally reporting on “bad” news and finding it refreshing to have some “good” news to focus on.

I also get it that for the individual athletes it’s about the peak of their sporting careers, pitting themselves against the other athletes and finishing at or near the top of the competition.

But its more than that. We love to see how our athletes “punch well above their weight” on an international stage and this is where it all gets a bit tacky and self-delusional.

Our cyclists have come away with a big haul of medals – but who were they competing against? Which of the countries at the games are able to provide their athletes with $10,000+ bikes to practice and compete on? Which countries have the range of community sports facilities such as pools, athletics grounds, velodromes etc and the big sums of money needed to drive good coaching and participation programmes from primary school age?

I suspect the medal table could be largely constructed by simply arranging the countries in order of their GDP.

Others have called the Commonwealth Games the “Colonial Games” and this is a more accurate description. It’s also where things get a bit more sensitive. The medal chart puts the countries with European colonists at the top (with their colonised populations for the most part underrepresented in the medal stakes) and those countries which were the victims of European colonisation further down.

I can hear some readers grumbling “keep politics out of sport” but needless to say, they have always been inextricably linked as the medal chart shows.

It’s best we just enjoy the sport and not get carried away with medal tallies. 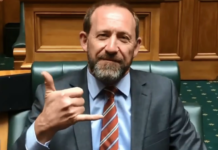 Ministry of Health reviewing the Medicinal Cannabis Scheme: here’s what works, what went wrong and how we can fix it 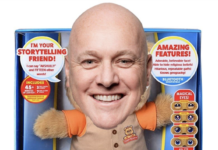