This week, Māori Capitalism as venal as Pakeha Capitalism & the evidence Israeli Defence Force didn’t want you to see.

The once-unpopular pine tree has received fresh support – particularly from Māori landowners – after the Government moved to limit planting.

In a public consultation, the Government proposed that exotic trees in permanent forests would not be eligible to earn and sell carbon units. This followed rural community protests against farm-to-pine conversions and Climate Change Commission recommendations favouring native forestry over exotics in the long term.

If the proposal holds, only native permanent forests and exotic harvested forests will be eligible to earn carbon units under the Emissions Trading Scheme (ETS).

84% of Māori live in Urban centre’s yet it is the Iwi Leaders brand of capitalism calling the shots. If He Puapua is a genuine attempt at co-governance for the benefit of all Māori, great! But if it’s a trojan horse for Corporate Iwi to promote Māori Capitalism as venal as Pakeha Capitalism, what are we gaining?

The UN has said its investigations have found that the shot that killed Al Jazeera journalist Shireen Abu Aqleh on 11 May was fired by Israeli forces.

The Palestinian-American journalist, who was wearing a vest and helmet marked “press”, was killed while covering an Israeli army operation in Jenin, in the northern West Bank.

“We find that the shots that killed Abu Aqleh came from Israeli security forces,” the UN human rights office spokesperson Ravina Shamdasani said in Geneva. “It is deeply disturbing that Israeli authorities have not conducted a criminal investigation.” 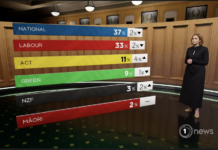