A new terrorism and extremism research centre has opened, and backers of the initiative hope it makes New Zealand a safer and more inclusive society.

“This is our message-in-a-bottle moment,” Kidman said.

This academic research unit will advise the Government on how to clamp down on our free speech and restrict our civil liberties for the implementation of woke doctrine. It is half social engineering and half Identity Politics Stasi.

There is still a push to create a national intelligence and security agency whose lidless eye will stare unblinkingly over the people to ‘save’ us.

Labour have been pushed back on their hate speech madness, but are still trying to find new ways to restrict free speech, meaning this new Extremist Research Academy  will have vast influence over very large powers, which brings us to the problematic appointment of Professor Joanne Kidman.

The good professor was the one who called out and started the woke cancellation of Dress Maker Trelise Cooper for a dress called the ‘Trail of Tiers’ which Kidman argued was a play on the ‘Trial of Tears’, the genocidal forced march of 46,000 Native Americans between 1830 and 1850 by the United States federal government.

Hands up who thinks for one second that Trelise bloody Cooper had any idea whatsoever what the Trail of Tears was or intended to culturally appropriate a genocidal forced march?

Kidman wanted Cooper cancelled for a dress, that’s her threshold for hate and extremism, a dress maker who had no idea of an indigenous atrocity.

That’s the person in charge of an Academy on Extremism? Someone who is triggered by a dress and who used their platform to start a woke Lynch mob?

Now the good Professor Joanne Kidman may scream in rage that I’ve reminded everyone what her brittle thresholds for hate crimes are just as she gets her large dollop of creamy public money to investigate extremism, but I would calmly retort that Professor Joanne Kidman is getting the exact same zero benefit of the doubt that she as a woke crusader gave Trelise Cooper.

If the good Professor Joanne Kidman doesn’t like the taste of her own medicine, perhaps that’s a teachable moment?

Anything coming out of this extremism research centre must be challenged. 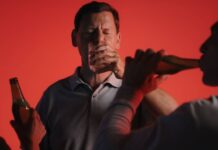 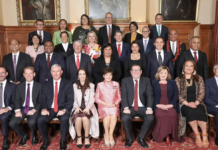 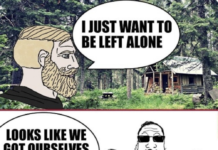