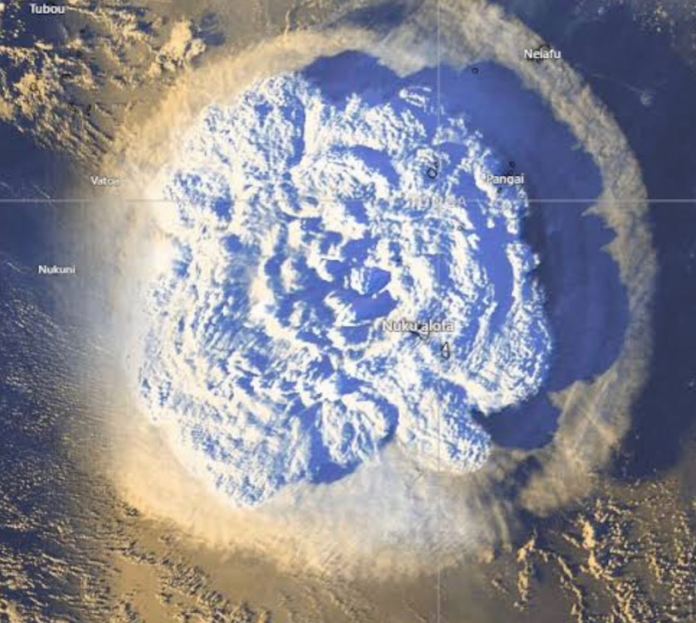 The trivial amounts of money the government has announced so far to assist the immediate crisis in Tonga from this month’s volcanic eruption and tsunami underlines the deeply dysfunctional and racist relationship we have with our closest Pacific neighbour.

More money from the government will be drip-fed to help with the rebuild but it will be left to low-income Tongan families here to provide the most meaningful help going forward.

Our racist relationship with Tonga has a long history. We have accepted some of this with the government’s apology for the infamous dawn raids under which Labour and National governments of the 1970s targeted Tongan and Samoan overstayers while largely ignoring overstayers from other parts of the world. Happy to welcome these low-paid workers when New Zealand needed them, the government was keen to kick them out when we faced an economic downturn. Police and immigration officials compounded the racist enforcement of immigration laws with random stopping of Pacific people on the streets to carry out checks on their immigration status. (“It’s easy to pick out a Jersey cow in a herd of Friesians” said a National Party minister at the time in defence of the policy targeting Pasifika)

Nothing much has changed in our relationship with Tonga and Samoa since those days. We still regard the Pacific as a source of cheap labour when we need it. We welcome RSE (Recognised Seasonal Employer) workers in each year for seasonal work in horticulture and vineyards.

Employers love the scheme because it means they have access to low-paid, un-unionized workers – a form of modern-day slavery or indentured Labour. It is similarly structured to work visas for others coming here where the visa is tied to a specific employer and the worker’s right to be here is by grace and favour of the employer. It’s a system which is ruthlessly exploited by employers – using the threat of losing their visa for any complaints about wages, hours and conditions of work or health and safety issues.

So why don’t we treat workers from Tonga and Samoa the same as we treat Australians?

An Australian can get off the plane and start work with no questions asked – no skills test, no check on job shortages for the work they want, nothing. It’s a very different story for Samoan and Tongan families wanting to come and work in New Zealand. They face highly restrictive entry with only a small quota of permanent immigrants allowed each year.

New Zealand is a Pacific country and our first immigration responsibility should be to our closest Pacific neighbours rather than Australia.

And before anyone starts ranting about such a policy flooding New Zealand with unskilled workers remember workers from places like the Cook Islands and Niue already enjoy the right to freely come and go and also that in past times of high unemployment here we have seen more Pacific families leave New Zealand than arrive.

But we persist with a racially-biased policy – putting our majority-white Australian neighbours well ahead of Tongan and Samoan families who get it in both sides of the neck – we refuse to provide significant money for genuine development while refusing them access to work here in other than in slave-like conditions.