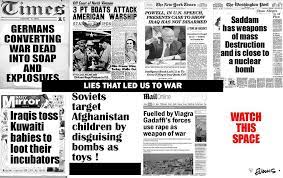 It’s crazy how in NZ all our media focus on is how we betrayed Afghan traitors who helped us during the occupation yet NO focus on the sanctions that now see 23million Afghans starving to death!

But what we did or didn’t do for Afghan traitors isn’t really the issue – the issue is how we have allowed crippling sanctions to replace our occupation that now see 23 million Afghans starving to death.

The expectation is a million Afghan children will die.

Our obligations as an occupying force should be to the damaged country we occupied, not the traitors who helped us!

Our obligations as an occupying force is to end those punitive sanctions.

Our obligations as an occupying force is to not have millions starve to death!

Fuck our obligations to traitors! Why aren’t we being confronted with the spectre of mass death from starvation in a country we previously occupied?

We are a tiny people, a little people, a petty people with a low horizon imagination with all the culture of a can of day old Coke-cola.

If you can’t fix the country you invade, maybe you shouldn’t have invaded in the first place?

These 23million we are allowing to starve to death is the story, not our petty mainstream media focus on helping traitors.