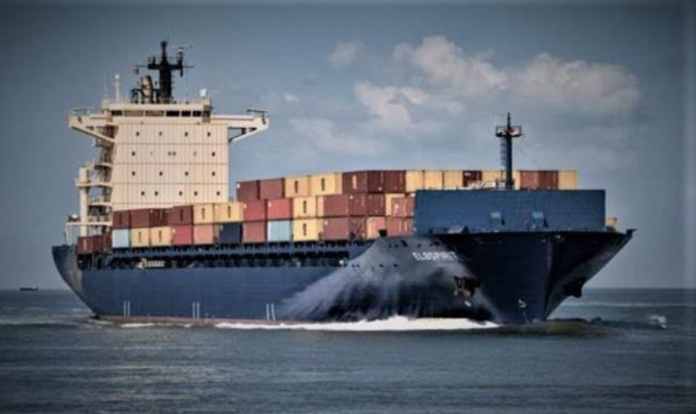 DAILY BLOG EDITOR, Martyn Bradbury, warned his readers recently that Climate Change mitigation is now Aotearoa-New Zealand’s only viable option. Reversing the steady rise in global temperatures may have been possible if the largest industrial powers had taken action fifty years ago. Tragically, they refused to make the necessary changes, and now it is far too late. Accelerating Climate Change is already upon us, and its effects are only going to get worse.

The “loose affiliation of millionaires and billionaires” (to borrow Paul Simon’s superb phrase) who actually run this planet know that it is far too late to save industrial civilisation as we know it. Their weird preoccupation with spacecraft and interplanetary travel betray this grim realisation.

They want to leave the mess they have made behind them, spreading the deadly virus of ruthless environmental exploitation across the universe. All nonsense, of course. There is nowhere in our solar system where human-beings could establish a remotely sustainable colony, and it is doubtful whether the technology required for inter-stellar travel will ever be invented. Physics is physics – and the physics says “No.”

All of which raises the question: “Can we live with Climate Change?” Right here, in Aotearoa-New Zealand, is it possible to construct an economy and a society capable of sustaining a population of five million? Is autarky a serious option?

For those unfamiliar with the term: “Autarky is the characteristic of self-sufficiency, usually applied to societies, communities, states and their economic systems.” (Wikipedia)

Only the Māori can speak authoritatively about the sort of economy and society produced by living self-sufficiently in Aotearoa. From the beginning of the fourteenth century, until the late-eighteenth century, the inhabitants of these islands lived entirely without outside contact or assistance. All production of food, tools and medicines was internal, as was the trading of goods and services. For roughly five hundred years, in a multitude of small communities, Māori lived entirely alone in these islands at the bottom of the world. At any given moment between 1300CE and 1800CE, however, it is generally agreed that the combined population of these isolated human communities never exceeded 150,000 individuals.

Could we expect to do better? Our first impulse is to say “Of course!” But a little careful thought should be enough to dampen our optimism. New Zealand, as we know it, would be impossible without the existence of a rudimentary global transportation and trading system. Should Climate Change fundamentally weaken the industrial societies of the Northern Hemisphere, the supply-chains upon which New Zealanders depend would become increasingly disrupted. How long could our society endure if the ships from the North stopped coming?

Now, at this point many Kiwis will interject that New Zealand is one of the world’s most efficient food producers – so at least we won’t starve. The truth of the matter, however, is that New Zealand really isn’t that productive agriculturally. Without the fertiliser we dug out of Nauru, and which we now import from the Kingdom of Morocco, the grass upon which our entire primary production sector depends would fail us. Those ships from the North are indispensable to our well-being.

Not the least important items upon all those cargo manifests are the pharmaceuticals that keep the world’s deadly diseases at bay. Currently, New Zealand possesses no pharmaceutical production facilities worth speaking of. So, if the ships stop coming, then tens-of-thousands will die for lack of the medicines we currently take for granted.

Among the first priorities of a self-sufficient Aotearoa-New Zealand would, therefore, be the creation of a basic pharmaceutical industry. The use of the word “basic” is entirely deliberate, because in a world economy significantly disrupted by the intensifying effects of Climate Change, acquiring the highly sophisticated technology needed to produce anything other than the most simple medicines would become increasingly difficult – if not impossible.

This problem: of laying our hands upon vital machinery, and the machinery parts required to keep it running; can only get worse and worse.

If you’ve ever wondered at the images of dilapidated tanks, rusted and overgrown, in desolate Third World landscapes, then you have already encountered the paradox of “parts”. Tanks are extraordinarily complicated machines, always breaking-down. If the replacement parts required to keep them running become unavailable, then these terrifying fighting machines become completely useless – mere scrap-metal.

What is true of tanks is, of course, also true of John Deere tractors, and all the other agricultural equipment that make New Zealand cockies so productive.

This problem should give serious pause to all those who argue that, in order to prevent these islands being over-run by climate refugees, we will need to arm-up to a degree not before seen in our history. Defence spending, they say, will have to go up – by a lot. But, unless we intend (unrealistically) to create a large, vertically integrated arms manufacturing industry, the “Fortress New Zealand” argument makes no sense.

Any country which arms-up immediately makes itself militarily and diplomatically dependent upon the nation state supplying it with weapons.

Just think about acquiring that most basic of military tools, the automatic rifle. Once the shooting starts, a nation’s stockpiled ammunition soon runs out. What does it do then? Basically, it begs its arms supplier for more. If, for some reason, the US, or the UK, or Australia, tells New Zealand “No.” Or, more likely: “Sorry, mate, we can’t spare any at the moment”, then those automatic rifles instantly become nothing more than expensive metal clubs. Obviously, if the weapons your nation is seeking are fighter aircraft or warships, then the supply and maintenance problems are magnified a thousand-fold.

“Fortress New Zealand” is a pipe-dream – unless, of course, we allow ourselves to become a fully-fledged colony of the USA or Australia (the most likely option, if only from a geographical perspective) or, maybe, China. Even then, the whole survival scenario rests upon the assumption that the arms-bearing ships from the North keep coming.

The anthropologists tell us that, for a little while after the first Polynesian voyagers made landfall on these islands, the great ocean-going canoes that had carried them here went back and forth between Aotearoa and their Pacific island homelands. Eventually, however, the canoes from the North stopped coming. The men and women who had arrived on these, the last sizeable land-masses to succumb to human occupation, were finally and entirely alone.

Until new sailing vessels arrived from the North.

If those ships hadn’t arrived, “Aotearoa” would have survived. But, without its constant and extensive connections with the rest of the world: the very connections most endangered by accelerating Climate Change; “New Zealand” cannot exist.