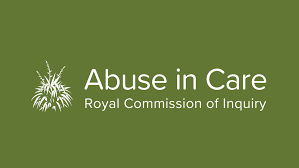 The Abuse in Care Royal Commission of Inquiry acknowledges today’s news from NZ Police that a former staff member from Lake Alice Child and Adolescent Unit has been charged in relation to allegations of abuse against patients who were in care in the unit.

We understand survivors will be disappointed by the NZ Police decision not to charge Dr Selwyn Leeks.

We acknowledge the distress this may cause survivors.

Dr Leeks was the psychiatrist in charge of the Child and Adolescent Unit and over decades has faced several allegations that he was responsible for acts of abuse against his patients. Leeks is now aged in his 90s and the Royal Commission has been told he is incapacitated.

This has not and will not deter the Abuse in Care Royal Commission of Inquiry from making adverse findings about Dr Leeks, about survivors’ allegations against him.

Importantly, we will also make findings about how the allegations were dealt with by authorities, including NZ Police.”

The Royal Commission of Inquiry itself does not have the authority to lay criminal charges.

The Commissioners would like to reassure survivors that our inquiry can still make findings against Dr Leeks’ conduct at Lake Alice. This follows natural justice processes we followed in the preparation of our interim report, He Purapura Ora, he Māra Tipu – from Redress to Puretumu. These are set out in the natural justice ruling in Minute 18, which was released on our website this week. It describes the steps we have taken to ensure that adverse findings against Dr Leeks would be made only after a fair and reasonable process. Minute 18 is available on our website.

Lake Alice survivors, their whānau and supporters have been seeking accountability for a long time. Many survivors have shared their experiences with us and these have helped inform our work and the reports that will follow.

The puretumu report was submitted to the Governor-General, The Rt Hon Dame Cindy Kiro on 1 December 2021 and will be made public next week after it is tabled in Parliament by the Minister of Internal Affairs. Our full report on Lake Alice describing both what happened there and what occurred after will be released mid-next year.

The Abuse in Care Royal Commission of Inquiry is investigating the abuse of children, young people and vulnerable adults within State and faith-based institutions in Aotearoa New Zealand between 1950-1999. We can also learn from the experiences of survivors who have been in care after 1999, to make recommendations to help stop abuse happening in the future.

The Royal Commission is due to deliver its final report in June 2023.