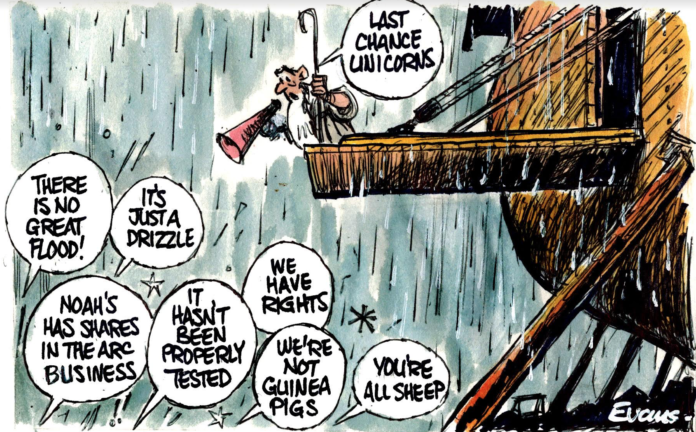 I wanted to at least give James the courtesy of COP26 ending before I start shitting on it but if Greta won’t wait why should I?

It’s not James Shaws’s fault that the rest of the planet is still only paying lip service to the adaptation required to mitigate against the enormous threat global warming poses, so it would be unfair to blame him but the sophistry of NZs position to do the least possible while pretending we are manifesting something meaningful feels like James taking our cow to market and returning with 3 magic beans.

We are all like, ‘James, where’s the cow’, and James excitedly tells us he’s got these 3 magic beans and we all punch James.

COP26 has been a failure, if this was our last chance, then we have failed. The political spectrum can’t operate when the wealthy polluters own the capitalist system exacerbating the problem.

Radical isolationism & extreme nationalism will be the only responses left.