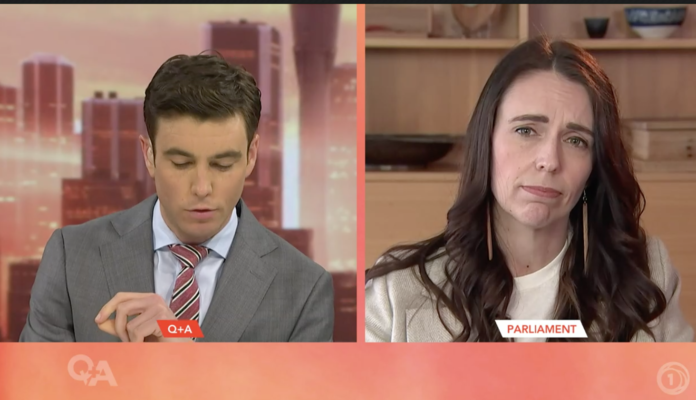 I think that Jack Tame is actually one of our best political interviewers.

He’s very fair and never pulls a punch, I genuinely enjoy his intelligence and I always watch Q&A.

He earned his pay today.

He grilled Jacinda in a way that only the sudden appearance of competition in the form of Ryan Bridge could provoke.

He comes out swinging with an insinuation of genocide that feels more like a Maori Party press release than the top table political show from the State Broadcaster.

His ramming the Maori casualty rate in her face for giving Auckland stress relieving picnics sparks an anger from Jacinda that overshadows the rest of the interview.

They snipe at each other in a way that hints at a deep fury within Jacinda that she is getting criticised rather than thanked.

Jack tops it off by kicking her in the guts by reminding her she’s done sweet bugger all on the housing crisis.

She softens her voice and nods sympathetically as she sweetly explains that home ownership is now just a dream for the children of the middle classes.

They end the interview by squabbling over economic definitions of blah blah blah.

Meanwhile entire generations are locked out of home ownership.

During the advert a promo for Clarke’s new TV show plays, and it manages to sum up Labour perfectly – they are great at moving houses, but shit at building them.

Hone is on righteously defending the need to keep covid out of the North.

Points out that working class Maori have to work to survive. Jack doubles down on Jacinda killing Maori and Hone responds with a simple vaccination as the solution rather than blame game.

He acknowledges that the Government made a decision that was good for the wider community.

Hone also damns the miscommunication from the AntiVaxxers. He links American funded provocateurs in the community spreading disinformation campaigns including death threats against him.

He responds to the question ‘what do you say to those double vaxxed who say you’ve had enough time to get vaccinated it’s your problem now’ with an eloquently beautiful response that we simply can’t be that way because the unvaccinated are Whānau.

He kindly welcomes Aucklanders and respectfully acknowledges their sense of connection to the North and says once they hit 90% we are all welcome but asks for patience until they are.

His interview is funny, kind, empathetic and full of mana. The guy is a legend.

Great piece on climate change and the Marshal Islands. The trauma of extreme weather events and sea rise are locked in and COP26 offers nothing meaningful in countering that.

Mass evacuation from the Islands is taken off the table but that only works if the table isn’t under water.

Adaptation is the only game in town when it comes to extreme global warming. It’s outrageous the poorest with the least responsibility for the pollution causing global warming suffer most. 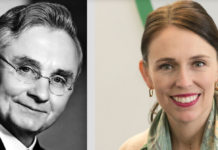 1 Year of Labour in power and what do ya get? Another year older and deeper in debt! 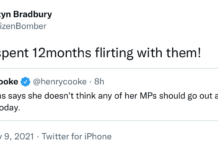 Who is to blame for the AntiVaxx madness we saw in Wellington? 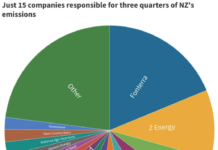