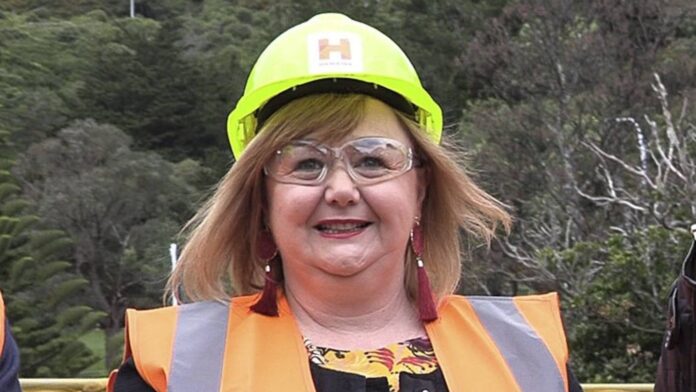 To all organisations which signed the State House Building Coalition letter to Housing Minister Megan Woods:

Yesterday we finally received a response to our 19 July letter to Housing Minister Megan Woods which is attached. (I’ve also attached the original letter we sent to the minister in case you can’t find it!)

I personally think it’s very disappointing and the rhetoric and figures in the letter don’t match the reality on the ground with a growing state house waiting list and increasing numbers of children in motel accommodation.

Please read and consider the response from the minister.

We have organised to a zoom meeting to discuss the minister’s reply and decide what, if anything, we do in response. We hope most of you will be able to be on the call. The details are:

John Minto is inviting you to a scheduled Zoom meeting.

The undersigned organisations from across Aotearoa are appealing to the government to reconsider its response to the housing crisis for low-income New Zealanders.

With this crisis so deeply entrenched and so pervasive, many people have been waiting expectantly for the announcement of an industrial-scale state house building programme to tackle it head on.

In his evidence to the Waitangi Tribunal this month (Wai 2750) Kainga Ora CEO Andrew McKenzie says the organisation has an “ambitious programme” over the next four years which will provide a net increase of 8,200 state houses. However, on current figures this will not even keep pace with the increase in housing need, let alone begin to tackle the enormous backlog.

He confirmed that when the Labour led Government came to power in 2017 officials recommended that the previous Government’s public housing budget be increased so state house building would increase from 1600 to 2000 a year but, astonishingly, even this modest recommendation was not taken up by the government.

Mr Mckenzie also detailed that Kainga Ora’s current Long-Term Plan for expanding the stock of State Housing is to add 23,000 additional places over 30 years. This increase is needed now, not decades into the future. He explained that the ability of Kainga Ora to further expand supply is limited by Kainga Ora having to fund additional housing out of its own resources and borrowings.

This means Kainga Ora is involved in large-scale privatisation of crown land for private sector housebuilding – on former state-house land – while the state house waiting list and the misery of families waiting for state housing increases.

The latest budget made no move to shift this dreadful situation. There is no sign the government sees the desperation of low-income New Zealanders for decent housing as a social disaster. Desperate families are facing this crisis alone.

The announcement of $380 million for partnerships with iwi to provide housing for Māori families was welcomed but this funding, delivered over four years, will add little more than 250 houses per year while Māori make up over half the state house waiting list.

We also acknowledge the government has been working with “social housing providers” to increase housing available to low-income tenants and families through groups like the Salvation Army and Methodist Mission. However, as admirable as these arrangements are, only the government has the resources and the capacity to address the scale of the crisis.

Through existing ownership of land, access to Reserve Bank finance (or the lowest-interest commercial finance available) and using economies of scale, the government could build the warm, dry, quality homes needed to end this crisis for our most vulnerable citizens – cheaper and faster than anyone else.

A stand-alone government agency which designs, builds and tenants these homes using Reserve Bank finance is the way forward. Taking this approach in the late 1930s the first Labour government was building 3,500 state houses per year; the equivalent number today would be 10,000 per year. Instead, the government has provided Reserve Bank finance to the private sector banks which has helped fuel the dramatic rises in house prices, and deepen the plight of low-income, private-sector tenants.

Meanwhile across the country we have huge skill shortages in the trades such as in building, plumbing and electrical work and this shortage can be met through a large-scale, government funded and delivered state house building programme. It would become the training ground for a new generation of skilled tradespeople. Were the government to contract out this building to the private sector the ability to train apprentices would be severely restricted.

The positive social, educational and health outcomes are obvious when delivering healthy, accessible, quality homes at speed for desperate tenants and families on low incomes. In this building programme the government should model all aspects of sustainable building, addressing the housing crisis and climate crisis side by side.

This is not an expensive approach – it is a social investment approach which recognises quality housing as a basic human right. It would save billions through reducing the massive spending on motels (over $300 million per year) and in accommodation supplements (over $1.7 billion per year) These subsidies to private sector landlords are “dead money”. Why are we spending billions on propping up a failed housing market while tens of thousands of our people struggle in unaffordable housing?

You have the opportunity to do something now that future generations will see as a crucial moment in solving the ongoing housing crisis in Aotearoa and closing the housing gap.

We will support you to implement this proposal.

We would appreciate receiving a considered response, without unnecessary delay, so we can plan our next steps.