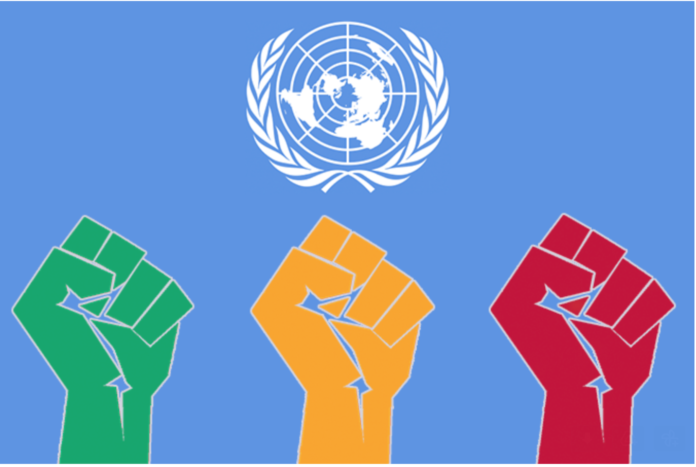 On 22 October, the Israeli Defence Ministry declared that the human rights organisations Addameer, al-Haq, Defence for Children International–Palestine, the Union of Agricultural Work Committees, Bisan Centre for Research and Development and the Union of Palestinian Women’s Committees to be “terrorist organisations”. The Israeli human rights group, B’Tselem, described the declaration as “an act characteristic of totalitarian regimes, with the clear purpose of shutting down these organisations”. It is certain that they now face the threat of possible closure, seizure of assets and the arrest of staff members. Expressions of support for the condemned groups could also now be criminalised.

One of the targeted organisations, Defence for Children International–Palestine (DCI–P) is the national section of the Geneva-based Defence for Children International, an NGO having consultative status with the United Nations Economic and Social Council, UNICEF, UNESCO, and the Council of Europe. B’Tselem says that it “stands in solidarity with our Palestinian colleagues, is proud of our joint work over the years and is steadfast to continue so.” Human Rights Watch and Amnesty, have released a joint statement deploring the failure of the international community to “challenge grave Israeli human rights abuses” which had led to the Israeli declaration. They have also condemned the move as an attack by the Israeli Government on the international human rights movement.

Al Haq has been exposing Israel’s Occupation and apartheid since 1979, Addameer supports political prisoners, seized under Israeli military Occupation, the Union of Agricultural Work Committees supports farmers resisting land-grabs and agricultural sabotage, the Bisan Centre for Research and Development advocates on behalf of civil and human rights and the progressive Union of Palestinian Women’s Committees (UPWC) works to achieve real equity between men and women, as well all social classes.

Israel’s extreme, self-isolating measure illustrates the Zionist regime’s ideological blindness to human rights to a degree that has alarmed even its greatest ally. Reacting to the declaration, the US State Department Spokesperson, Ned Price, complained that “the Israeli government did not give us advance warning.” He said “we’ll be engaging our Israeli partners for more information regarding the basis for these designations”. Price took care to emphasise that: “We believe respect for human rights, fundamental freedoms and a strong civil society are critically important to responsible and responsive governance.” He also declared that the US believes human rights organisations and civil society are also of critical importance for good governance.

No way to treat a child

Defence for Children International–Palestine‘s No Way to Treat a Child campaign believes the world should hold Israel accountable for its violations of Palestinian children’s rights. Children and adults in the West Bank of Palestine have been forced to live under Israeli military rule since 1967. The racist regime that controls their lives favours Israeli-only residents in illegally imposed (under international law) West Bank settlements. They live in accordance with Israeli civilian law but outside the settlements, separatist, foreign military rule dominates the Palestinian population. They have no say. Having consultative status with the United Nations, the DCI–P informs the world that Israel is “the only country in the world that automatically and systematically prosecutes children in military courts that lack fundamental fair trial rights and protections. Israel prosecutes between 500 and 700 Palestinian children in military courts each year.”

The inhumanity of this is clear when “children typically arrive to interrogation bound, blindfolded, frightened and sleep deprived.” And it gets worse. On 18 October, Israeli police prevented a captive Palestinian woman, Najia Bisharat, from breastfeeding her three-month-old daughter for approximately four hours. Accused of throwing stones at an Israeli motor vehicle, which she emphatically denied, Najia was forced to wait, with her feet shackled, for an interpreter to attend her interrogation. Her baby was crying and a human rights supporter, who had arrived to give Najia support, begged the police to let the woman feed her baby. They refused, telling the activist he was being provocative.

We will not be silenced

Opposition in Israel to the dystopian military Occupation of Palestine is growing. Shahar Perets, a conscientious objector, who spent her nineteenth birthday in prison, has already served two prison sentences for refusing to enlist in the Israeli Army. In prison, Shahar experiences the sharp end of Israel’s determination to hide its crimes with the denial of writing material. Outside of prison, she writes: “In prison, writing is in itself a form of activism. We can use it to share our message about our choice to refuse as a form of resistance to the occupation. By depriving me of the option to write in prison, the prison authorities hindered my ability to document what goes on behind bars, write articles and develop ideas and plan on how to share my experiences once I am released for a few days. The military does not want me to write, speak or share my thoughts. They are trying to silence me.”

Shahar tells the world that it is “this silencing, this attempt to erase, hide and deny what is really happening, that makes me stand proud and declare my refusal publicly.” Israel is going to find that its attempt to silence world human rights organisations will meet with a similar response. In New Zealand, the Palestine Solidarity Network Aotearoa (PSNA) Chair, John Minto has reminded our government that it “must speak up and hold Israel to account for this savage attack on legitimate human rights organisations” and urged the Minister of Foreign Affairs, Nanaia Mahuta, to “speak out and condemn outright Israel’s declaration of six Palestinian Human Rights organisations as “terrorist organisations”.