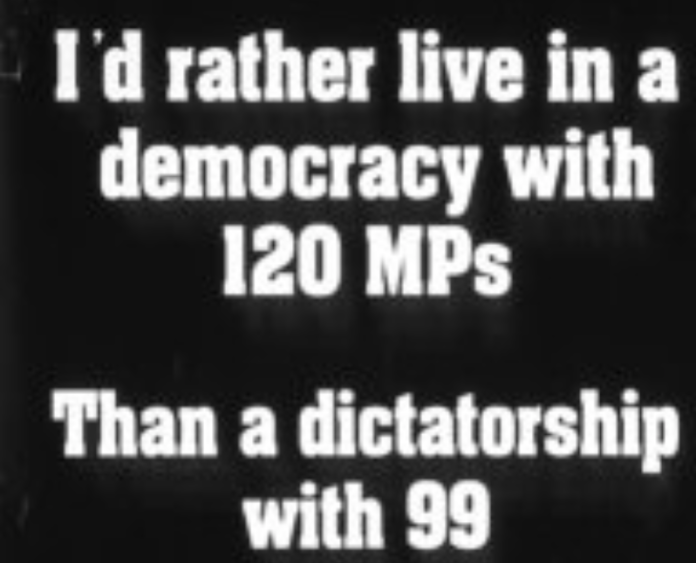 A quarter of a century ago today a young(ish) senior lecturer from the University of Canterbury was elected as a neophyte MP in the first MMP election. It is fair to say she was totally surprised, not to say shocked, by this turn of events.

It was a time of great uncertainty. With the Governor General expressing concern she may need to use emergency powers, and powerful nay-sayers predicting doom, we entered this new era with few rules on how to work such a system.

I was asked on RNZ the other day whether I believed there would be a move back to FPP.  I answered that I could see no sign at all of a desire to change from the current system.

Those of you who were too young in those days, might not remember that the move to MMP was borne of years of unaccountable action by successive governments.  In National (1975-1984) Muldoon practically governed as a one-man band, neglecting areas in which he had little interest and bullying his way through in important areas.  His swansong, the announcement of a snap election while drunk, due to his inability to rein in Marilyn Waring’s vote, reflected that period.

This was followed by a National Government which seized gleefully on the anti-statism of Labour and extended it.  Promises were broken. Instead of abolishing Labour’s $1250 tertiary fee, Minister Lockwood Smith devolved the ability to set fees to individual institutions.

By 1993 the fervour of neo-liberal reform had begun to burn out. It was, in many areas of society, completely unworkable – the state was needed, and needed to regulate and provide.  The campaign for MMP was built on the need to add checks and balances to governments to ensure that such radical reforms could no longer be pushed through by a tiny minority of people in a government. Also, years of minority governments (more people voted for the opposition, but winning was counted by number of seats alone, and minor parties might get a large number of votes but fail to win a seat) were seen as increasingly unfair.

I should mention here the shining light of Rod Donald, who put everything into the struggle. It was a tragedy when he died so young.

So there we were, 25 years ago today, shiny-eyed with hope for the future.  The Alliance was an amalgamation of five parties: NewLabour, the Greens, Mana Motuhake, Liberals and Democrats. We were very disciplined in the early days, with a couple of exceptions.

The late Alamein Kopu had virtually no political experience and hated parliament from the first.  Her interests were in promoting te reo Māori and tikanga Māori across all government institutions. She was well ahead of her time (for example refusing to speak English) but was an ineffective MP. Read her Wikipedia page for the full story.

Frank Grover was our other defector in that first term.  The Liberals joined the Alliance as part of the anti-neoliberalism coalition of forces.  He was, politically, of the Christian Right and he hated our leftie social policy framework. He, too, was gone by lunchtime, setting up the Christian Heritage Party which then spawned Graham Capill and his paedophile ways, which effectively destroyed that party from within.

Gosh, I had forgotten how convoluted MMP politics were. NZ First was going through its own splits, of course. ACT has also had its moments and, until recently has struggled to find support.

Labour and National were very keen to ensure their continuation as the ‘major’ parties during MMP.  Thus we have had Labour-led and National-led, before this term’s extraordinary majority Labour government.  The future is uncharted.  We cannot know what the second quarter century of MMP will bring. Will there continue to be ’major’ and ’minor’ parties? Will we become more like Germany, with its myriad voices inside parliament but with a strong democracy?

Without MMP there would be no Kiwibank (Jim A.) and no paid parental leave (Laila H).  There would have been no gold card with its free public transport for those over 65 (Winston P). Along with the good, there is no capital gains tax on subsequent properties.

Such a long time, 25 years. It has taken a long time to get rid of neo-liberal thinking and policies, and it is still with us in many ways. I voted Labour for the first time since 1987 at the last election, which felt like a bit of a betrayal of MMP, but what choice was there? There needs to be a new leftie party in Aotearoa, representing the politics of a fair economy and better society. But I won’t hold my breath.

Happy Birthday, MMP and may your life be long and productive! 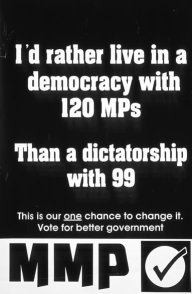 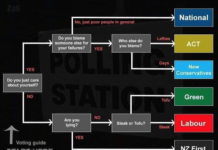 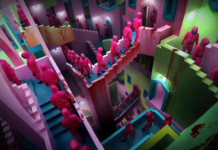