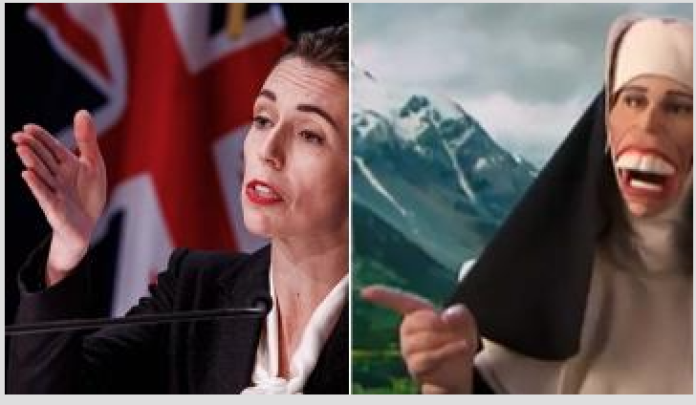 Jacinda, under enormous pressure from the economy, domestic violence and all the other stresses our level 4 lockdown has caused has finally cracked and she has loosened Auckland down to Level 3 despite there still being 20+ cases a day.

Aucklanders rejoice while the public health commentators get nervous.

There are of course political winners and losers.

Auckland – We get it Auckland, you couldn’t get a ‘real’ coffee for 5 weeks, fuck you are brave and noble. You are practically the same as the boys at Gallipoli, such courage and strength.

Death Cult Capitalists & Treasury – They finally spooked Grant with some terrifying graphs that suggest the last level 4 lockdown has set the economy up for a huge plunge if we don’t get back to work now. The sheer cost on the Government’s books is beyond anything we’ve ever seen and Grant is nervous.

Auckland Organized Crime – what the media aren’t really pointing out is how Covid has seeped into the organized crime community and it is their refusal to give track and trace information that is extending the Delta tail and hindering in stamping this current outbreak out. So a win for Organized crime but a curse on the rest of us.

Anti-Vaxxers – There is a point is there not that after all the attempts to get people vaccinated and all the messaging and promotion – after that, if you still don’t get vaccinated and then you catch it and die, that’s not really on us anymore. If you are too stupid or pig headed to get the vaccination, your death is on you and we shouldn’t have to waste ICU space on you. I will defend your right not to get the vaccine while protecting my right to laugh at you when you die.

Migrants & Stuff columnists – Jacinda will move the country back into level 4 lockdown at any vaccination rate less than 90% and that’s why the Government have welded MIQ shut.
Stuff will run story after story about how cruel we are being to migrants stuck overseas but it all falls in deaf ears politically and electorally when the stakes are this high.

Moving to level 3 is a huge political gamble for Jacinda but one she feels she can make based on her trust of the track trace infrastructure.

If the gamble pays off, Jacinda will be lauded again as our protector and she could eat a kitten live on the Mike Hosking ZB Breakfast Show and Labour voters will blame the kitten for being delicious, if the gamble backfires and Delta spreads in Auckland requiring going back into Level 4, Jacinda will do something no other power on earth has managed, make Judith Collins look good.

At barely 40% of the country fully vaccinated, don’t for one second think we won’t go back to Level 4 if there is another outbreak.