The Taliban has declared an “amnesty” across Afghanistan and urged women to join its government – as reports emerge of Taliban fighters going door-to-door searching for female journalists.

“The Islamic Emirate doesn’t want women to be victims,” Enamullah Samangani, a member of the Taliban’s cultural commission, said today, using the militants’ term for Afghanistan. “They should be in government structure according to Shariah law.”

He added: “The structure of government is not fully clear, but based on experience, there should be a fully Islamic leadership and all sides should join.”

How bizarre is it that the Taliban managed a better press conference than Biden? 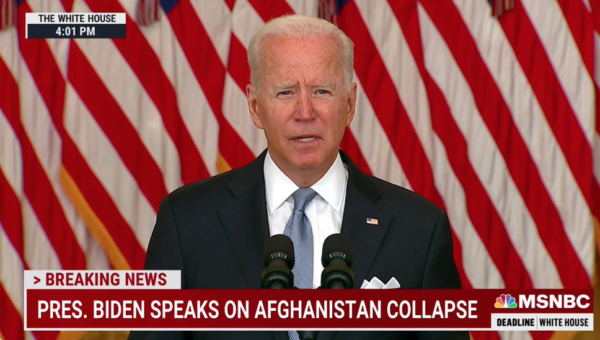 Biden’s bitter self justifying blame everyone except America press conference was embarrassing.

His claim that America isn’t into ‘nation building’ was funny because America is really into nation breaking.

…Watching Democrats & Republicans blaming each other for the collapse of Afghanistan is funny.

America is to blame – you all have blood on your hands.

Whose blood? Whose treasure? 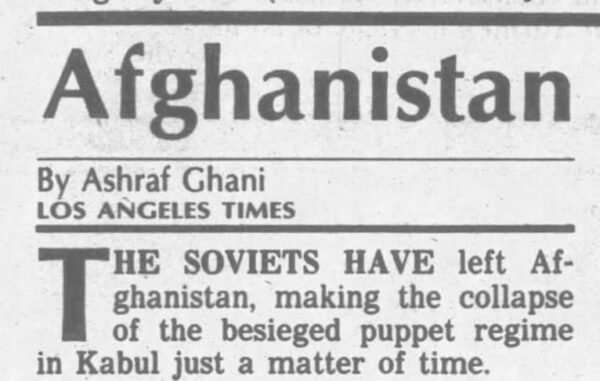 After the CIA funded the most radical elements of the Afghan militia to fight the Soviets in the 1980s – INCLUDING ironically funding Osama Bin Laden, the US walked away from Afghanistan with various fanatics still armed to the teeth with their CIA funded weapons.

The US oil industry then tried to work with the Taliban in the 1990s and America pursued business interests regardless of what the Taliban were doing to women, then September 11 happened and to punish a terror attack that was conducted by a mostly Saudi team of terrorists, America invaded Afghanistan as a pretext for invading Iraq.

Turns out it was as it has always been, about an occupation that the people we occupied didn’t want.

The only lesson is we never learn this lesson.

The whitewash Stuff.co.nz are doing to justify our occupation of Afghanistan is Fox News level propaganda – it’s like the anti war movement in NZ 20 years ago never existed.

We have never been at war with Oceania!