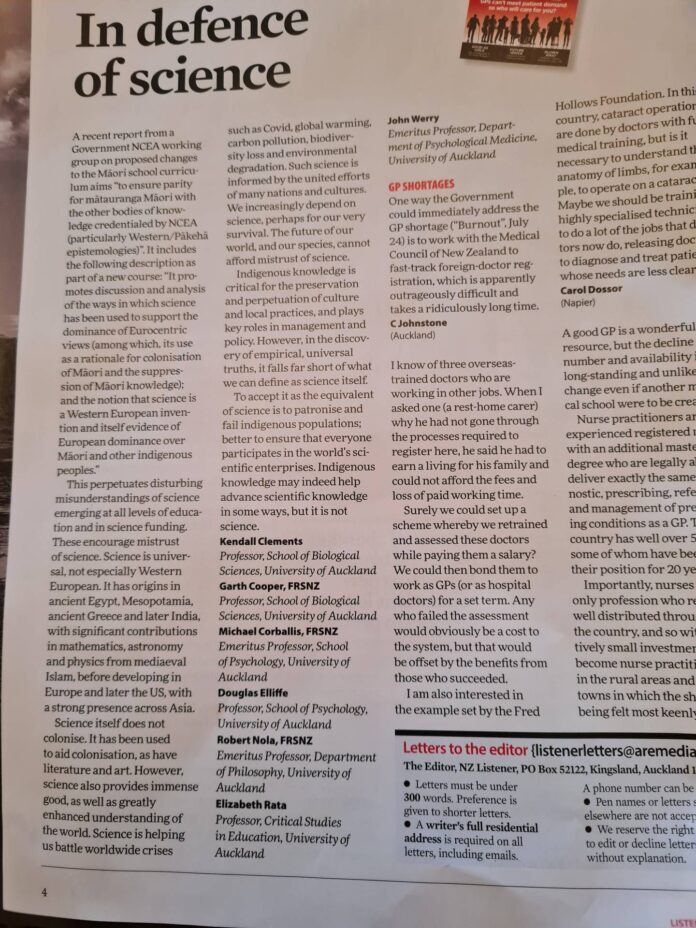 There is an academic field of study called the philosophy of science.  It is concerned essentially with what constitutes scientific endeavour, and what rules science must play by.

The work of Thomas Kuhn was dominant for many years in this field.  He introduced the notion of a paradigm shift.  A scientific approach can go on and on until something causes a deep disruption in our thinking, leading to fundamental new approaches to science. The Copernican revolution, for example, was triggered by the publication of a study, in 1543, that posited that the earth revolved around the sun – that the sun, not the earth, was the centre of the universe.

This hugely annoyed the Catholic Church who controlled science at the time, and had built up the theoretical edifice of the earth and the heavens based on an earth-centric model.  Fortunately, Copernicus died just before his work was published, thus saving himself from a fate worse than death (and probably death anyway) at the hands of the church.

Kuhn’s view was that science built up its own edifices of discourse that are self-fulfilling and which reject, at any one time, all other views about what science is. He called this ‘normal’ science.  Those working within scientific paradigms define science entirely and only by things that take place within their particular paradigm.

Current debates within the philosophy of science are about things such as the question of scientific realism.  Can we posit things we cannot see as if they existed, even though their existence can only be theoretically proposed? Yes, of course we can – we do it all the time!  Are there any limits to such approaches?  Well not so much in the quantum world.  Such debates are all within the boundaries we know as the ‘scientific method’, which defines normal science in this age.

I am interested here, then, in reviewing the letter sent in July by a number of senior academics at the University of Auckland. They basically argued that science was ‘normal’ science, in Kuhn’s terms, and other discourses of science would not do.

It was a good letter from jobbing scientists – those who go to their labs and lecture theatres, expound on what they know and burrow away on their own stuff for a lifetime.  Some of them are very good at it, too. No, I am not being patronising.  These people make great discoveries in their field.  They do the business.  But, essentially, their view of the world can be somewhat narrow.

This is what has happened in this case. Because the paradigm case of normal science is not adequate to explain the world.  In my field, sociology, a lot of the work we do is interpretive and captures stuff that science cannot.  We could build a person from organic bits and pieces (probably) but we could never explain things such as likes and loves, art appreciation, the love of literature, historical review, venal motives or so much else about what makes us human.

It is easy to forget this.  And also easy to forget is that every culture, every group has its own science. Don Brash makes much of Māori being from the ‘stone age’, which is meant as a commentary on inferior origins. But stone age people need science too.  Māori had very efficient systems for cultivating and collecting food, cooking it, defending themselves, transmitting knowledge between generations, reading the sky, winds and currents for navigation purposes.  They may have used methods different to scientific norms, but the science cannot be denied.

If this was just a debate about a letter, I wouldn’t bother writing.  But these views have real material effects at our largest university.  They are far too few Māori professors, a difficult road for Māori graduate students and not nearly enough scientific studies taking place into Māori, our indigenous people.

The scientists who wrote that letter were wrong.  This is not about parity of scientific method, but of understanding all the things that we can know about what it is to be human.  Recently, scientists have been able to peer behind a black hole in space to see what is on the other side. Yet we know so little still about that unique group, Polynesian people who became the Māori of Aotearoa, and how they helped populate this fine world. Both are important in a post-colonial world, where the point is not to do things in a particular way, but to acknowledge there are more ways that we have known of doing things.