Moana activists, campaigners, scholars, researchers and Green MPs gathered last Sunday in a show of solidarity for Tahiti’s Ma’ohi Lives Matter rally at Auckland University of Technology and vowed to work towards independence for the French-occupied Pacific territory.

A live feed from the Tahitian capital of Pape’ete was screened and simultaneous events happened across the Pacific, such as in Fiji.

Many of the Auckland participants were stalwarts from the early days of the Nuclear-Free and Independent Pacific (NFIP) movement from the 1970s and 1980s and declared their support for pro-independence Tahitian leader Oscar Temaru.

Many speakers protested that Tahitians were still awaiting compensation for the legacy of health problems and the devastation of Moruroa and Fangataufa atolls during 30 years of testing and 193 nuclear blasts, both atmospheric and underground.

The speakers said it was appalling that serious attempts for compensation and a state apology had not happened in the two decades since the tests ended in 1996.

However, reports from Paris at the weekend hinted that the French Polynesian President had indicated that France had for the first time conceded it should compensate Tahiti’s social security agency CPS for the medical costs caused by the tests.

The agency had repeatedly said that since 1995 it had paid out US$800 million to treat a total of 10,000 people suffering from cancer as the result of radiation from the tests.

French PM’s letter
Tahiti’s territorial President Édouard Fritch said he received a letter from French Prime Minister Jean Castex, in which he admitted that the demand for a re-imbursement of the outlays was legitimate.

Hilda Halkyard-Harawira, a former leader of the NFIP movement, asked the forum what could be done by people from Aotearoa New Zealand to give support for Mā’ohi Nui (Tahiti) now.

Ena Manuireva, one of the rally organisers and a doctoral researcher into the nuclear tests at AUT, gave an explanation of the current situation and made suggestions for action.

He said it was important to demonstrate solidarity around the Pacific region and to show Paris that there were wider reactions.

Another organiser, Tony Fala, also gave suggestions of how to support the kaupapa of Temaru and the Tahitian activists.

“We wish to acknowledge all tangata whenua and Kānaka Maoli who are present here today,” said Fala.

Deep-sea mining
Greenpeace campaigner James Hita, coordinator of the project against deep-sea mining, also spoke of the environmental challenge facing the region after a recent move by the Nauru government to activate “fast-tracking”.

Green MPs Teanu Tuiono and Golriz Ghahraman were also among the speakers, and the rally’s MC was Samoan minister and community activist Reverend Mua Strickson-Pua.

They also spoke out in support of the Māori struggles on Aotea Island, Ihumatāo (Auckland), Putiki (Waiheke Island), and Shelly Bay (Wellington).

In Suva, Fiji, the Pacific Council of Churches issued a statement of solidarity with “our Mā’ohi sisters and brothers to call out France for the atrocities committed through its nuclear tests in Māohi Nui (French-occupied Polynesia)”. It said:

“For 30 years, from 1966 and 1996, Mā’ohi Nui was the scene of crimes committed by the French state against our people: 193 nuclear shots carried out in the bowels of our earth, and in the most total lie, with the propaganda of own trials lasting more than 50 years.” 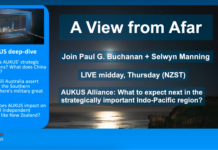 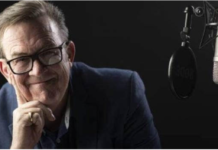