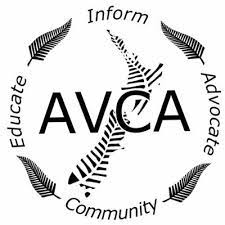 “These groups are very supportive of vaping’s key role in smoking cessation. It’s very encouraging then that Dr Verrall is prepared to listen to their on the ground experiences before she finalises her smokefree action plan,” says Nancy Loucas, co-director of the Aotearoa Vapers Community Advocacy (AVCA).

“If we are to achieve the country’s decade long smokefree ambition then vaping’s role needs to be elevated in public policy and programmes. Otherwise, we will never get there. Thankfully, we now have a Minister with considerable public health experience who understands the practice of Tobacco Harm Reduction,” she says.

Prior to Dr Verrall’s appointment late last year, AVCA raised ongoing concerns over the treatment of vaping under previous Minister Jenny Salesa. The consumer advocacy group were disappointed she bowed to undue pressure just when the country had the chance to lead with truly risk-proportionate vaping legislation.

“New Zealand has led the world many times before, but sadly on this occasion anti-vaping influences got into the head of Ms Salesa. In the end, last year’s Smokefree Environments and Regulated Products (Vaping) Amendment Act was a missed opportunity,” she says.

AVCA has long supported the formalisation of vaping as an R18 activity and mandatory product safety standards. However, it believes, measures like limiting vape flavours to just three in general retail outlets from 11 August will do nothing to help smokefree and everything to slowdown adults from quitting cigarettes.

As well as ministerial meetings helping to elevate vaping’s key role in Smokefree Aotearoa, AVCA is hopeful that Dr Verrall will keep a close eye on the latest round of Ministry of Health vaping regulations due for Cabinet sign-off soon.

“Vaping is a major reason why New Zealand is now enjoying record low smoking rates, but we have a long way to go. In the meantime, AVCA feels increasingly confident that this Minister will deliver a smokefree action plan that ensures good access to vape products and programmes for those Kiwis desperate to quit smoking. We look forward to the final version,” says Nancy Loucas.