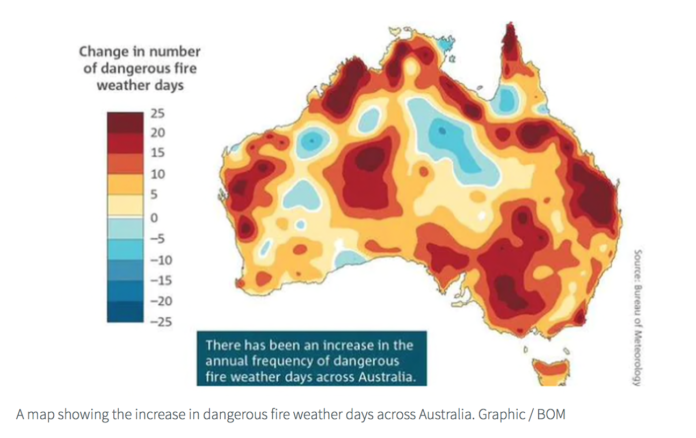 Regular 50C days in Sydney and Melbourne; once-in-a-century floods every year; mass deaths of livestock; tropical diseases invading Australia’s major cities and a quarter of a million homes under water.

Climate scientists have laid out a “catastrophic” future for Australia, with the weather “flipping on its head”.

It now looks “virtually impossible” the world will meet a goal of keeping average temperatures to 1.5 per cent above pre-industrial levels, say the authors of a new report.

A far more likely scenario is that global temperatures will soar by up to 3C.

Currently Australia treats us with contempt. They have flooded our country with 501s and strip NZers living there of any rights. How do you think they will teat us if they flee here on mass?