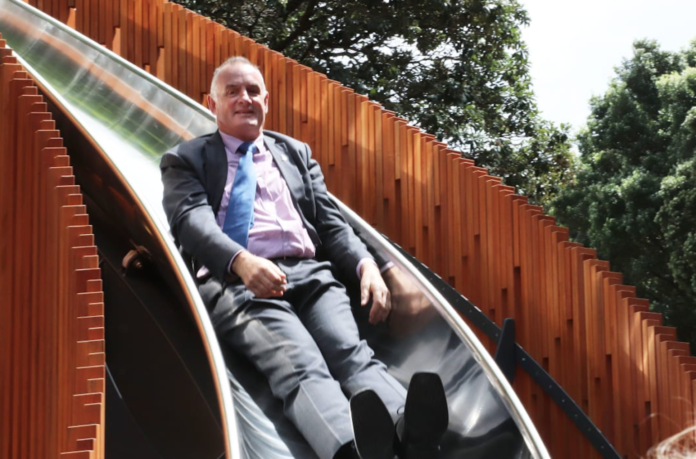 The National Party has failed in its attempt to move a motion of no confidence in House Speaker Trevor Mallard.

Mallard has been under pressure since it was revealed more than $300,000 of taxpayers’ money was spent to cover a legal dispute, after he falsely claimed an accused rapist was working at Parliament.

Put aside for 30seconds, just 30 seconds, the righteous outrage at this appalling fuck up regarding this insane woke definition of rape that Trev used to defame a civil servant that has cost us $333k – put that just to one side for a moment.

Every political geek recites that Lockwood Smith is the benchmark for NZs greatest Speaker, and that is a fair and righteous claim. Smith believed in Parliament and its role to hold the Government to account and actually forced Ministers to answers questions.

Mallard is the same type of trailblazer.

He has made Parliament a better debating chamber and his enthusiasm to explain the democratic process to the masses is actually beautiful.

Mallard has been a reformer and a powerful new voice for an independent Parliamentary process and I for one acknowledge and salute his leadership.

I also acknowledge that he was responding to allegations of bullying inside Parliament when he mangled his attempt to be new and down with the kids by using a woke micro aggression policing definition of rape as a ‘hug from behind and glancing at breasts’.

In the hyper real moment of the now in woke world, all men are rapists, all white people are racists and anyone defending free speech is an actual uniform wearing Nazi.

In such a nuanced post Me Too cultural landscape, ALL women must be BELIEVED, the evidential threshold is anything said on Twitter and due process is a heteronormative white cis male privilege.

You would have thought that after The Spinoff and Feminist journalist hit job at Stuff  insinuating that Jacinda and Labour had covered up a serious sexual assault that Trev would be a tad more sceptical, but jaw droopingly he wasn’t.

So based on how well he was actually doing at his job, I think we should forgive this bewilderingly poor judgment call as the sad over compensation cultural virtue signal it was.

I know, I know. The guy who was called a rapist by the Speaker of the House has had his career destroyed and mangled, but this is the new cultural landscape of subjectively perpetual wounds and a bonfire of reputations and careers will be burnt before that rage has been sated.

Just be thankful it didn’t cost as much as that bloody slide.

I vote for Trev to stay.