There are 2 very simple reasons why Labour won an unprecedented MMP majority.

1 – Psychological reset of the electorate

Every single major academic research of psychology tells us that after a natural disaster or a crisis, it doesn’t matter if you are Left or Right, there is a reset switch that goes on in our brains as a species to be far more altruistic.

This makes evolutionary sense, our species has always had to reset after a natural disaster, and that deeply hard wired need to help one another even if you yourself have suffered has played into changing the psychology of the entire electorate.

Punters and politicians didn’t appreciate the uniqueness of the universal shared experience we had with the lockdown, nor understand the solidarity it inspired because our 35 year neoliberal experiment culturally celebrates Individualism Uber Allas, and as such, no one  recognised the bonds that solidarity created.

What made Jacinda such an extraordinary leader was her emotional intelligence understood that solidarity before anyone else did. When people were at their most frightened and most altruistic, she communicated strength, courage and empathy in a way that would make Churchill proud.

The psychology of the NZ electorate has fundamentally shifted. All the female voters Labour lost to Key have all come home to Labour for Jacinda. The strength of this solidarity afterglow must be nurtured if it is to bloom into anything meaningful.

2 – The demographic death spiral of National

Their position on the border was farcical…

…and that’s after you had to accept a former President of the Party leaking privileged information to a National MP who then leaked it to the media, another MP sending sext texts, another Party Offical smearing their own candidate, and the Todd Muller coup ignited by cowardice. 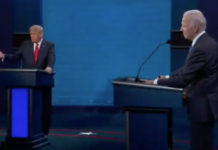 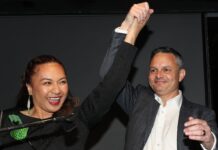 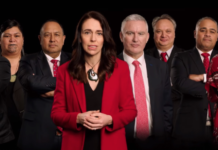