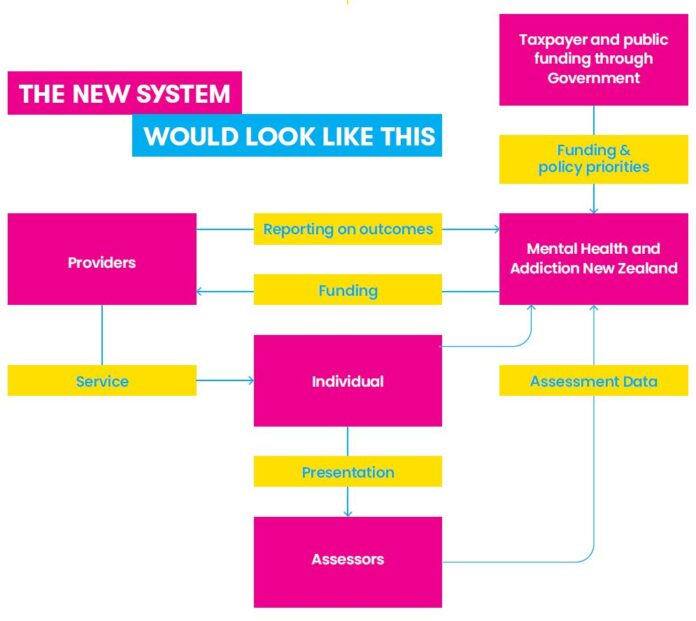 This will be one of the more unusual, and probably contentious, blogs I’ve written, but I’ve come to the conclusion that ACT has paid significantly more attention to putting out a coherent mental health policy than any of the other parties currently represented in Parliament.

Saying anything positive about ACT, the party of corporate business, is not something I have much experience in, so my conclusions are as much a surprise to me as to anyone else!

Having read the policies, which are mostly pretty sparse (or non-existent in NZ First’s case), its clear that

It’s all a far cry from 2017, where mental health issues and policy were pretty much front and centre of the election campaign, and were being regularly raised at election meetings and out on the streets. Several surveys three years ago put mental health as one of the key issues affecting voters’ thoughts, and it certainly formed a significant part of the incoming Labour-led Government’s first policy initiatives, one of them being the establishment of the 2018 Government Inquiry into Mental Health and Addiction.

The Inquiry essentially found that the mental health system was broken, as were many of the facilities and services; that many people couldn’t access appropriate (or any, in some cases) help; that family and whanau were often excluded from being involved; that the impact of addictions on mental health was poorly understood; that Maori and Pasifika were way over-represented in the statistics while being way under-represented in the response planning and governance areas; that acute facilities were creaking, crumbling, understaffed and in need of replacement; that there was a high correlation between mental health problems and poverty, poor housing and unemployment – and that the whole sector had been starved of funding for years.

ACT’s policy has – to a certain extent like the Labour-led Government’s – acknowledged the need for a dedicated Mental Health Commission to govern the response to the mental health crisis the country is experiencing. They openly state the need to take the delivery of solutions out of the hands of the Ministry of Health and the DHBs, going further, correctly, than Labour in that respect.

Labour is still in thrall – in the mental health sector – to the same mental health professionals who regard themselves as the only arbiters of correct mental health policy; who presided over the appalling mental mess delivered by the previous unlamented National Government, and who continue to position themselves, both in the Ministry and in the DHBs, to be the continuity cheerleaders going forwards. So, despite the significant mental health funding improvements put forward by the Labour-led Government’s budget, the changes needed (and funded) have barely been seen on the ground, and there is no-one in the Government driving this area. Some of Labour’s concepts have been very good – like mental health support workers being placed in schools, but this has only been rolled out in a handful of ‘pilot’ situations; and the correct acceptance of the link between poverty, housing, unemployment and poor mental health, but where we have only very recently seen improvements in Living Wage policy and benefit levels and conditions. Some, like the removal of mandatory training of police recruits in dealing with mental health callouts, have been poor.

ACT seems to acknowledge the importance of those with mental health problems being placed at the centre of decision-making about their care and support, and the huge role mental health NGOs can (and do, where allowed) play in delivering that support. The problem with its policy arises where, reading between the lines, it would effectively set up a ‘competitive’ system for mental health care providers, who would be contracted by the Mental Health Commission, and where I can see private sector entities muscling their way in…..’Radius, for peace of mind’, ‘BUPA, we will set you straight’, etc, etc. ACT also fails to acknowledge the link between poor mental health and wider societal issues, with their policy treating it as somewhat of a standalone issue.

The news is that the only two platforms worth considering in the mental health area are those of Labour and ACT, where Labour needs to be served a written warning about its failure to perform after a good start, and where the hard right economic party might start gaining traction if the incumbent doesn’t start fronting up with some results.