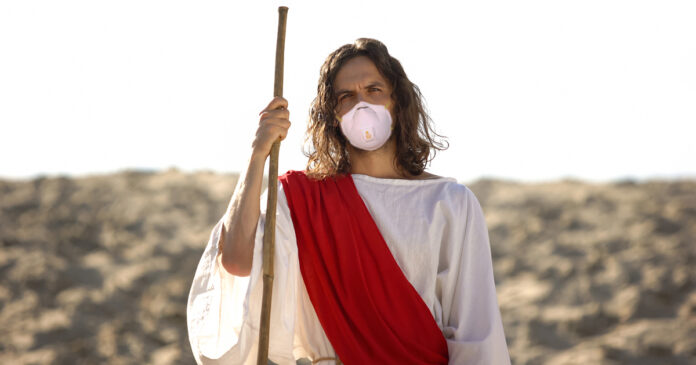 Like many New Zealanders, I felt that the news coming through yesterday that some “science-disbelieving” Evangelical church had produced itself a sub-cluster of Covid-19 seemed a cold slap in the face. Hadn’t we all worked so hard over first the Level Four lockdown, and then the much more recent Level 3? Who WERE these people to come along, do the wrong thing, apparently potentially deliberately, and thence undermine the Team of Five Million by patching over to Team Virus right as we seemed to be getting things back under control.

And then I stopped myself, and thought about it a bit.

The first thing to be said … was actually put rather more eloquently than I’ll likely be able to manage by the relevant Local Board Chair, Julie Fairey.

“It is looking increasingly like the Mt Roskill Evangelical Fellowship have made some terrible mistakes and are dealing with horrible consequences as a result.  Shaming and blaming doesn’t help, in fact it encourages people to hide symptoms and contacts.  Please be kind.”

Quite right. You see, our first impulse in scenarios such as these is to reach out and to apportion blame. It makes us feel like we’re Doing Something. It gives us back that illusory sensation of ‘control’. We fool ourselves into thinking that by reaching out with hard words, harsh words, self-declared “necessary” invectives – that we are shoring up the defences against anything like it ever happening again.

And occasionally, that is not altogether incorrect. Some people do respond to that measure of ‘discipline’ and social, peer pressure, and they correct themselves and never do whatever it was ever again. Except in this instance, the idea that one might come in for a heaping helping of opprobrium for just so happening to harbour within one’s self the virus … may be counterproductive. People leap to conclusions, leap down your throat, and provide an active disincentive towards actually coming forward and getting tested – standing up and helping to contain the virus’s further spread.

You may think that I am projecting fantasy – but take a look at how the South Auckland family at the ‘ground zero’ for the Coolstore cluster were treated. There is no indication that they did ANYTHING wrong – in fact every indication that by coming forward and getting tests done, they saved lives … and we STILL had a certain swathe of moral outrage brigade pounce upon them to absolutely INSIST that they MUST have bent the rules, broken the rules, sold out the rules for thirty pieces of inequitable silver and/or a one-night romantic liaison into the bargain.

Our need to ‘judge’ and to ‘condemn’, in other words, meant that even those who were absolutely squeaky clean, got put through the wringer – in a way that precious few of us would claim to actually be facilitating people coming forward and Doing The Right Thing in earnest on into the future.

Now imagine what we’d do to some people – like some of these folks at the Mt Roskill Evangelical Fellowship Church – who may have done the wrong thing in a more active sense. Whether because they genuinely didn’t remember a close contact, and therefore allowed a “tentacle” of the virus to slip through the contact-tracing net … or due to something more (c)overtly intentional.

The point we absolutely need to remember is that when we’re in a mess like this, it’s less important pointing fingers as to how we got here and who’s responsible for it … than it is to work together to get out of the situation. Something that can really only be accomplished by working together – and supporting the people we actually DO need to reach in this scenario, to make good choices. For ALL our sakes.

Although having said that, I’d be lying if I said I wasn’t rather angry about all of this. Albeit for somewhat different reasons to most of us, perhaps.

You see, I am what we could probably describe as a “religious fundamentalist zealot”. I am not Christian (although I am given to understand that my immediate forebear, the Reverend Rolinson, may happen to be), but my place of worship is directly adjacent to Mt Roskill – it’s where our religious community is perhaps centered.

And as soon as I saw the news reports around this Evangelical church being at the center of an expanding sub-cluster, apparently because some of its members were ill-disposed toward taking the threat seriously, believing the science, working with the state upon this matter … I knew exactly how things were going to go.

Every time something like this happens, various people will go “Aha! The Religious! Always are the problem! Tut-tut!”

Which ignores, of course, all the devoutly religious sorts who aren’t, and all the non-religious who are.

Now this does not mean that there is no correlation in some corners of the world between particular strains of religious adherence and … unhelpful behavior. Certain American mega-churches spring instantly to mind. As do the frankly terrifying reports of the actions and flagrant conspiratorial conduct of the Shincheonji group in South Korea. I mean “conspiratorial” here also in its older Latinate sense – they literally  “breathe together”, as well as concealing their membership from the state.

But here’s the thing. Various religious groups behaving badly in these crisis-ridden times are “letting the side down”. They’re making the rest of us look bad precisely because they loom so large within the public imagination that they block out everybody else who’s doing the right thing. My Mandir (Hindu Temple) closed its doors as soon as the Lockdown order went into effect. The Rev. Rolinson has put zealous effort into mastering the intricacies of Zoom so as to continue preaching to his congregations without requiring all his parishioners to be in the same room.

And I say “making us look bad”, “letting the side down”, etc. not simply because I am idly concerned about the optics of the situation in an abstract measure. But because these optics, these perceptions have real consequences. If you don’t believe me, take the word of Reverend Frank Ritchie –

“Just heard of a church that is following the rules, now receiving hate mail from members of the public because of the latest cluster.”

That’s something happening here, in New Zealand, as of this morning.

And it’s something which may yet have further consequences, also. Because if religious groups start feeling that they’re being unfairly singled out and persecuted – some may begin to behave poorly in response. It’s not because they’re religious – it’s because they’re human.

I saw this a few months back with some associates overseas. They saw that in their jurisdictions, religious worship was being severely clamped down upon … at the same time that Black Lives Matter protests were being allowed to go ahead. They therefore felt that they were being singled out. That there was an anti-religious, or perhaps anti-Christian agenda afoot. And they therefore became rather less than favourably disposed towards the restrictions upon churches and church-gatherings as a result.

Optics matter. Particularly when it’s the compliance of those who may feel harshly singled out that makes or breaks the crisis-response.

Having said all of that, I don’t think it incorrect to acknowledge that there’s an occasional correlation of ‘conspiratorial thinking’ out there in the community with certain groups.
It’s just that the “certain groups” in question aren’t necessarily the religious ones. Rather, they’re the sorts of people who’d be having an issue with a Labour-led Government etc. whether there was a pandemic or not.

Or, phrased another way –

If they were sketchy about “big” government and pro-conspiratorial thinking BEFORE the pandemic … well, they may be Gerry Brownlee.

And that’s really the crux of it, I feel.

There are no authentic tenets of Chistian (or, for that matter, Hindu) theology that I am aware of which overtly demand people to frustrate disaster-relief efforts in the course of a pandemic. There are several that seem to cut almost exactly the other way when it comes to enjoining the obeying of secular authorities with reasonable legal instructions. But that’s almost immaterial at this point.

I have long observed that an appreciable amount of Theology-Done-Badly is people basically coming up with excuses to go ahead and do whatever it was they wanted to do anyway.

The same goes for the anti-religious out there in our society who are, at this juncture, behaving likewise. They’re entitled to their views, of course – but I can’t help but feel that many of them up in arms about this present situation are seeking to utilize the current Covid-19 sub-cluster to push an anti-religious barrow-and-bandwagon which has precious little to do with the actual realities of the situation. That is to say – what they wanted to do anyway.

I don’t want to end on a harsh note, so I’ll simply say this:

Various figures from the Mt Roskill Evangelical Fellowship Church now appear to be more actively working with the Ministry of Health in order to get the Covid-19 sub-cluster under control. Whatever you may happen to think about their beliefs more generally, I think that that approach of engagement – on both sides – deserves to be applauded.

And that – with its implicit spirit of ‘repentance-of-the-deed’ – goes for all of us.

Not just the religious.