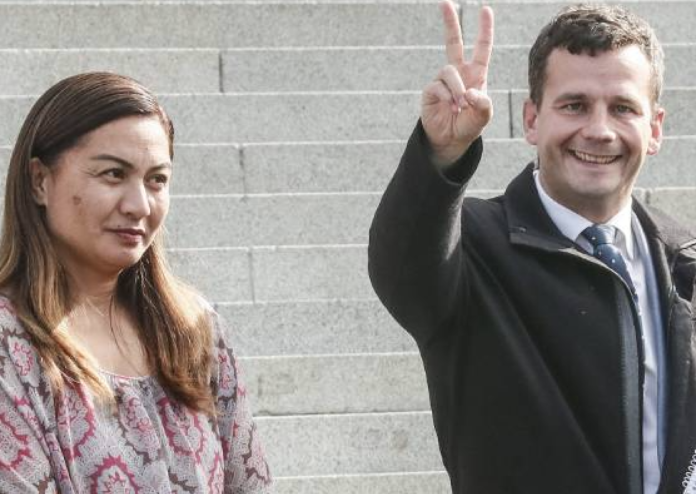 Based on the incremental nothingness of Labour and the conspiracy theory malice of National, actual political values this election have been relegated now to the Greens and ACT.

To be fair to Labour, one could argue that Jacinda has reshaped the very definition of political leadership and is leading with kindness and that her leadership over the pandemic is a masterclass in leadership but all that leadership seems to feel a tad hollow when the last 3 years have been about as progressively transformative as your average MacDonald’s happy meal.

I mean there’s only so many ‘good first step’ press releases from Unions you can inspire  before you are accused of actually just jogging on the spot.

ACT are a right wing abomination who have been hijacked by the NZ NRA and are now more pro guns than they are cannabis reform. Any pretence of intellectual righteousness has been traded in for votes, but ACT managed to gain momentum off the back of the free speech culture war last year and David’s advocacy against Government due process with the gun legislation alongside his Euthanasia referendum. This has all combined and reignited ACT as the individualists Political Party with all the values that individualism encourages.

What’s most interesting is that despite being taken over by the NZ NRA, ACT have managed to skyrocket their support from 1% to over 5%. Part of this is National’s demise, part of it is the alienated white male vote who culture war reverberates with, but ACT’s open armed acceptance of anyone who will vote ACT is their biggest plus.

ACT have adopted a broadchurch philosophy where anyone who wants to support ACT under a very broad branch of values can do so, that’s why they’ve managed to jump over 5% with such speed.

The Greens however have taken the absolute opposite approach, they are ‘Pure Temple’.

WOKE GREEN ACTIVIST: All white people are racist, all men are rapists and anyone supporting free speech is an actual Nazi! Oh and I’m a vegan cyclist and you have to be one as well!

The funniest thing in this election is watching Green Party Woke Activists who have spent the last 3 years alienating everyone on social media for Identity Politics micro aggressions now trying to win people’s support as the Greens are threatened by the 5% threshold.

It’s like they don’t understand how their social media ‘activism’ repels rather than attracts.

I’ve voted Green my entire adult life and believe passionately that the climate crisis is an existential threat and that social justice matters, but even I can see that the current purity test wokeness of online Green activists pushes people away, it doesn’t attract anyone.

The Greens current method of recruitment is best likened to the Pride Parade fiasco in Auckland. Woke Identity Politics activists took over the board and banned Police in uniform because it could trigger trans people who have had a bad past experience with Police and when everyone pulled out after the Police were banned, the event crashed from 30 000 attending to barely 3000.

The Woke Pride Parade Board declared this drop from 30000 to 3000 as a win because only the hardcore true Allies were there and that was better than having to water down woke mantras for wide spread popular support.

That’s the same strategy the Greens have adopted over the last 3 years.

You can’t be part of the Green Party temple unless you believe specific woke mantra, ACT’s broad church recruitment method however has no such concerns or worries because the Individualism values are broad enough to allow anyone through the door.

The nuttiness that in 2020 the ACT Party of NZ could get more votes than the Green Party should send a rocket up the Greens.

But the Greens are probably against fireworks as well, so that won’t be happening anytime soon.

The second this election is over, there needs to be a very deep reflection by the Greens on how and why they are where they are right now.